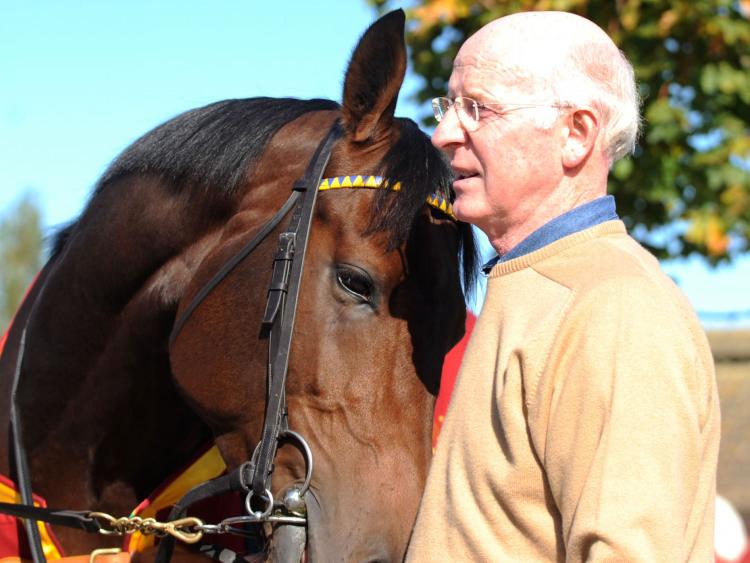 Trainer John Oxx, with Sea the Stars at the homecoming tohis yard on the Curragh after winning the Qatar Prix de l'Arc de Triomphe at Longchamp in 2009

In a statement to irishracing.com, he said he was grateful to the owners, jockeys and staff he had worked with since 1979.

“Over the years and right up to date I have been privileged to have some wonderful owners and I will greatly miss training for them but now is a good time for me to stop.

“My concern at the moment is that our staff can find alternative employment as our training business will cease at the end of this turf season in November.”

Oxx's father, John Oxx Sr, himself a successful trainer, bought Currabeg, which lies on the Kildare town end of the Curragh, in 1950. Oxx, a qualified vet, worked as his father's assistant before taking over the operation in 1979.

He has also served as the chairman of the Irish National Stud, the Irish Racehorse Trainers Association and RACE.