Kildare GAA: Intermediate clubs fight it out for quarter spots

Lots at stake for sixteen clubs this weekend 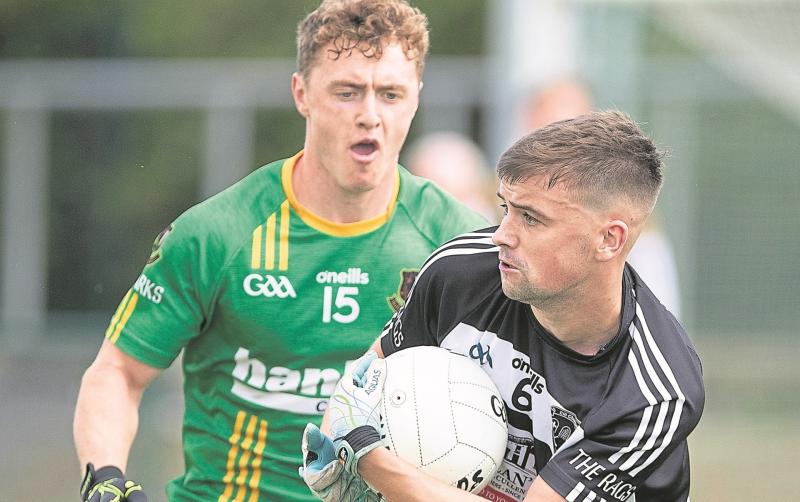 Just like in the senior grade, the Kildare Intermediate Football Championship Round 3 is down for decision this weekend, Saturday and Sunday, with quarter final spots up for grabs in all four groups, top two in each to go forward; third place team is finished, while fourth goes into relegation semi final.

If two teams finish level, head-to-head will be used to separate them; more than two teams level, scoring differences will decide.

Group A: Clogherinkoe on top coming into Rouond 3 with four points, followed by Suncroft and Straffan on two apiece, Kilcullen on bottom no points.

The top game is undoubtedly Ballyteague v Straffan and while Straffan will give it their all the nod goes to Ballyteague, with Jimmy Hyland in top form after firing over ten points last weekend. The second game sees Suncroft take on Kilcullen and The Croft should have enough against The Rags who are struggling at the minute. Ballyteague and Suncroft go make it through.

Group B: The tightest group in both senior and intermediate with all four teams on two points each and a very difficult one to predict. Allenwood take on Sallins in what could be a right good game and while The Blues, with Johnny Doyle on board, get the nod, they will get nothing soft from Sallins. In the second game Nurney take on Two Mile House. The House were favourites to win this championship but have been struggling of late and while Nurney caused a bit of a surprise defeating Allenwood on Tuesday, we will stick with TMH to book a quarter final spot.

Group C: Another very tight group with all four teams having hopes of making it to the quarter before a ball was kicked. As it stands Clogherinkoe are on top with four followed by Kevin's and Leixlip, two points each; Rathangan on the bottom with no points. Clogherinkoe take on Leixlip in a game that could go either way. Leixlip will be fancied but Clogherinkoe just might prove too strong for them while St Kevin's should have enough to take care of Rathangan.

Group D: The only group at both senior and interemdiate level that is decided with a game to play, both Kilcock and Ballymore Eustace having won their games, defeating Milltown and Ellistown are already into the quarter-finals but Kilcock just might get over the line against last season's junior champions while Milltown could avoid getting pulled into a relegation dog-fight.