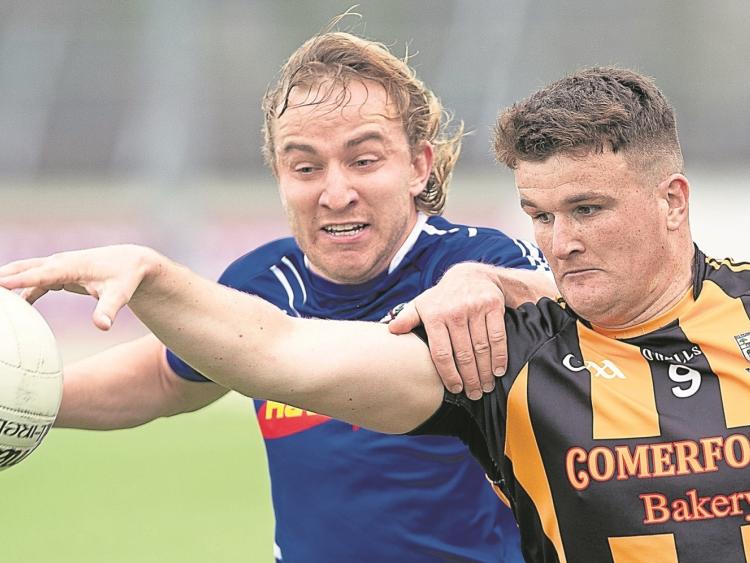 Crunch time has arrived in the senior championship in Kildare this weekend with lots at stake including an opportunity to reach the quarter finals (next weekend), or if not, an opportunity to avoid getting sucked into a relegation dog fight.

If two teams are level on points, head-to-head comes into play; if more than two teams level then scoring differences will determine positions.

Group A: Athy on top with four; Clane and Castledermot next on two and Monaterevan on bottom with zero points.

Athy look assured to advance, should have too much power for Monaterevan while Clane will be expected to beat Castledermot in the second game, although Castledermot can be a tricky side at times but Clane, following that dramatic game on Tuesday when they lost to Athy by a point, should have enough.

Group B: Moorefield on top with four points, while Carbury and Raheens have two each, Maynooth on bottom with zero.

Moorefield will be fancied to defeat Raheens who were unfortunate to lose out to Carbury in Round 2 and they (Raheens) will certainly put it up to The Moores; while in the second game Carbury take on Maynooth. Most would expect Carbury to advance but if Maynooth see the return of Neil Flynn, yet to play in the championship, he could make a big impact. However the form suggests Moorefield and Carbury to book quarter final places.

Group D: Celbridge on top here on four; followed by Round Towers and Naas on two apiece with Confey on zero.

Celbridge are playing exceptionally well, and even without Paddy Brophy, Hugh McGrillen  and Fergal Conway (second half) still had enough to defeat Towers. Naas were surprisingly beaten by Towers in Round 1 and now face a huge task to make the quarter taking on Celbridge. Round Towers should defeat Confey, although the north Kildare boys did put in a much improved display when losing to Naas on Tuesday last. On balance hard to oppose Celbridge and Round Towers advancing.

The quarter finals line up as following: