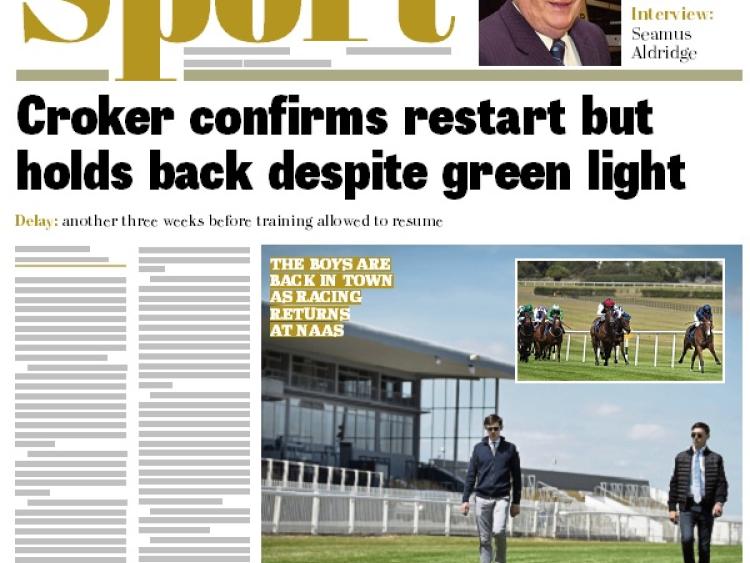 Croker confirms restart but holds back despite green light: another three weeks before club training resumes.

The Big Interview: Seamus Aldridge, a man rarely out of the limelight. The former top referee discusses the aftermath of that famous goal back in 1978; the Larry Tompkins and Shea Fahey affairs; Tony Hanahoe and the Magill interview and much, much more.

Your opportunity to choose the Kildare Dream Team of the last 25 years. This week: the final selection.

Archives: A look back as Sallins clinch the 2001 Junior Football Championship defeating Confey in the final.

Racing: Aidan O'Brien lands the English 1,000 Guineas; racing returns at Naas and this week the Question and Answer guest is jockey Adam Shortt.