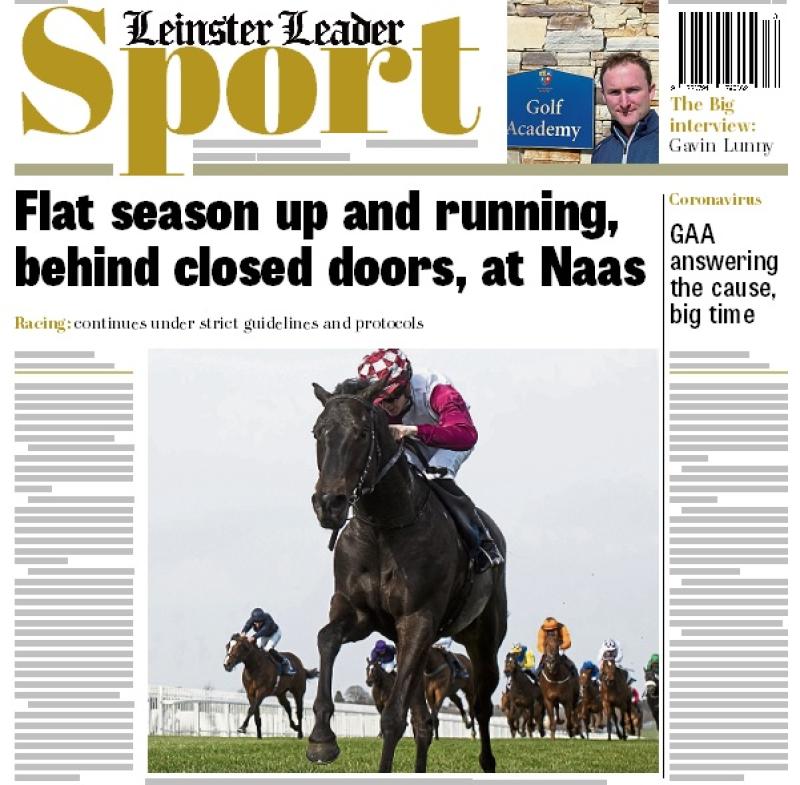 Racing: Flat season up and running, behind closed doors, at Naas as HRI explains thinking behind decision to keep the show on the road.

GAA answering the cause, big time.

The Big Interview: Golf Professional who has been a pro at Naas for all of thirteen years talks about his career, his success and his decision to move to Dun Laoghaire (Tommy Callaghan).

Down Memory Lane, 20 years on: We take a look back at the Leinster Final of 2000, when The Lilies downed The Dubs in an incredible replay performance (Tommy Callaghan).

20 years on, don't rul out 'Back Door' closing (Tommy Callaghan).

Golf: with golf one of the few live sports continuing we carry all the results from the Fairways plus Gavin Lunny's weekly Golf tip.

All that in this week's Leinter Leader and Leinster Leader Sports, in the shops now.