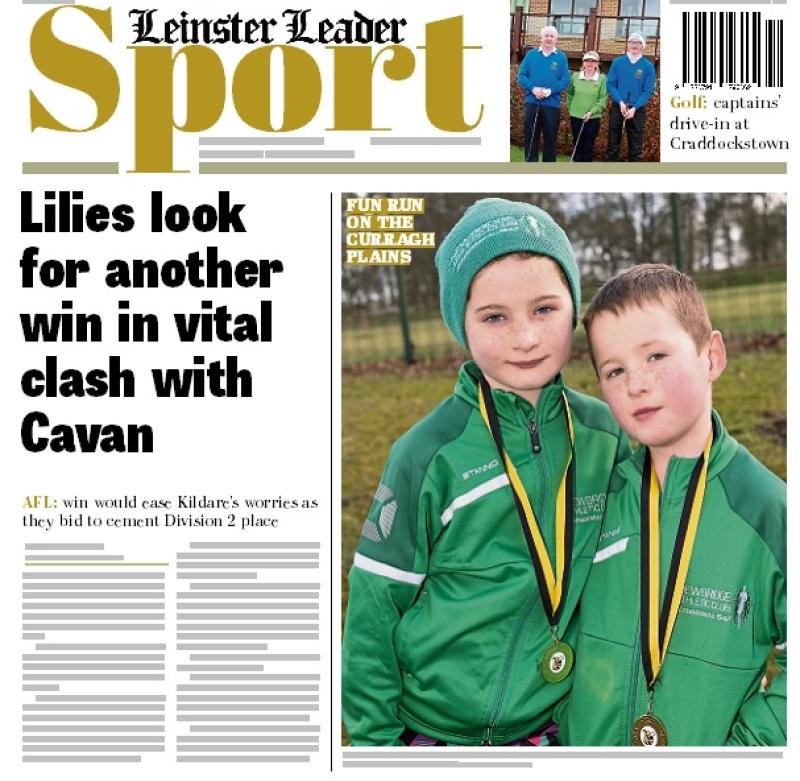 Lilies look for another win in vital clash with Cavan.

No Seanie, but Cavan will pose a big threat (Tommy Callaghan).

Co. Board gathering: 'No Nonsense Mick' moves on at a rapid pace.

Time to be more mindful of club action, report from March Co. Board gathering.

Win sends Kildare Ladies into League final while camogie side are outclassed by Cork.

Athy's long barren spell comes to an end as they are crowned Leinster League Division 2B champions.