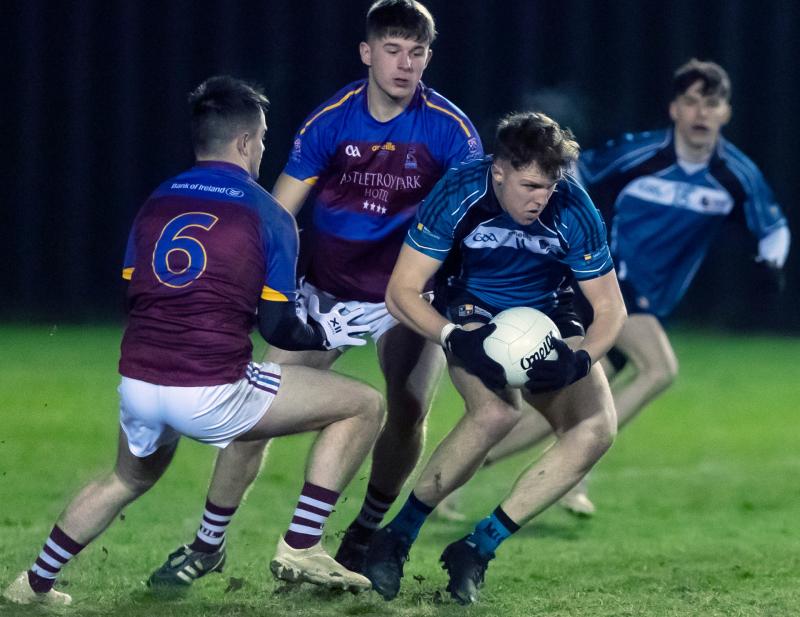 Kildare U20 star, Shane O'Sullivan, was in scintillating from on Tuesay as he led Maynooth University to an impressive win over University of Limerick in the Electric Ireland HE GAA Fresher 1 Football Championship Group B – Round 3, winning winning 4-12 to 1-10.

Hitting seven unanswered points in the opening half UL ran riot, despite Elliot Connolly blazing a goal-chance and Maynooth University full-back Simon Murphy picking-up a yellow in a turbulent period.

Scoring five unanswered points by the 40th minute, Maynooth University could do no wrong and everything they touched turned to gold.

Every time they overturned a UL defender or when O’Sullivan kicked one of his four frees or when Eoin Conneff leveled the game in the 35th minute, a raucous home crowd cheered every advance.

Despite Jack O’Brien receiving a second yellow ten minutes into the second-half, UL found a way to respond by the 42nd minute through Crowley and Johnson.

Registering 2-4 in the five minutes between the 46 and 51 minutes, O’Sullivan and Findlay Nairn goals were the pick of a period that killed off UL.