Kildare GAA: Manguard Plus sign up to sponsor Moorefield, for the next ten years

Huge boost for all sections of the Moorefield Club 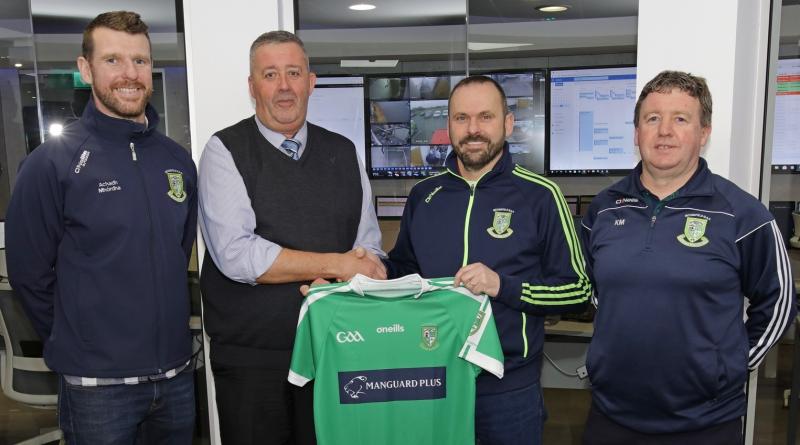 Manguard Plus, the largest Irish privately owned security firm in the country, has announced a major
sponsorship arrangement with Moorefield GAA Club.
The ten year deal will see the firm’s sponsorship spanning all football divisions within the Moorefield
GAA Club from nursery to senior Ladies and men’s’ teams.
Details of the sponsorship were announced at a special reception at the firm’s headquarters in
Newhall.
Officials from Moorefield joined staff from Manguard Plus, as well as parents of young players for a
special presentation to mark the historic ten year deal.
Chairperson of Moorefield GAA Club, Mick Moloney said “We are delighted with this extended sponsorship agreement with Manguard Plus. I say extended because Sean is no stranger to Moorefield GAA Club. Over the past 8 years Manguard Plus has
provided vital sponsorship to our ‘Mini Moores’ Underage Football’ section with Sean also being an
important part of our Mini Moore’s coaching team.

"This sponsorship has proven very important to the continuing development of underage football within the club. As anyone involved in running a GAA club will tell you, funding and community sponsorship is always needed to provide the necessary kit and other equipment required to run a GAA club in the modern era”.
He went on to say “This 10 year sponsorship agreement with ‘Manguard Plus’ which covers all football sections within Moorefield GAA, is extremely important to our club. It helps to provide a stable financial platform into the future and will ease some of the financial burden associated with running a large GAA club.
“On behalf of our club officers, executive committee, members and the wider Moorefield GAA community I would like to express our sincere thanks to Manguard Plus for their continued commitment to Moorefield GAA Club”.
Sean Hall, Managing Director of Manguard Plus, said “Manguard Plus is delighted to announce this major sponsorship deal with Moorefield GAA Club.
“We have had a long association with the Club and it is a proud moment for us to announce this ten year deal. We will be sponsoring all divisions from nursery to Ladies and men’s senior teams. We have sponsored the Mini Moores for the past 8 years and I see today’s announcement as a natural progression of our involvement with, and backing for, Moorefield GAA Club. The commitment and dedication displayed by players, Managers and backroom staff, as well as the very loyal and supportive parents of Club players is of paramount importance Moorefield GAA Club plays a key role in the life of Newbridge and the wider county and is vital to the fabric of our community, fosters important relationships and crucially, gives confidence to our young sportspeople. I am a passionate advocate of sport as it firmly believe it glues a community together and provides an unbeatable outlet for people, particularly young people.
“As a proud Moorefield man I am honoured to announce this ten year deal today. Here’s to yet another decade of success!”.