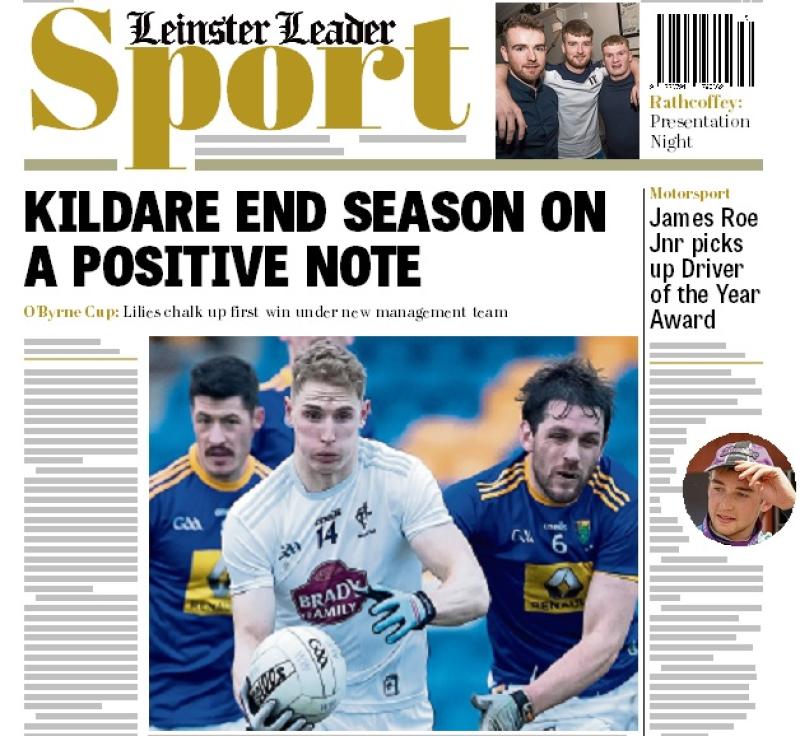 Kildare end season on a positive note with win over Wicklow in the O'Byrne Cup;

Dear Santa: a plea to the Big Fella for a bit of a dig-out;

Annual Convention report as Kildare show another healthy bank balance as Mick Gorman takes over the Chair from Ger Donnelly; plus votes; motions and all the news;

A Season of silverware, on all fronts, for Naas GAA

James Roe Jnr named Young Driver of the Year and looks ahead to 2020.