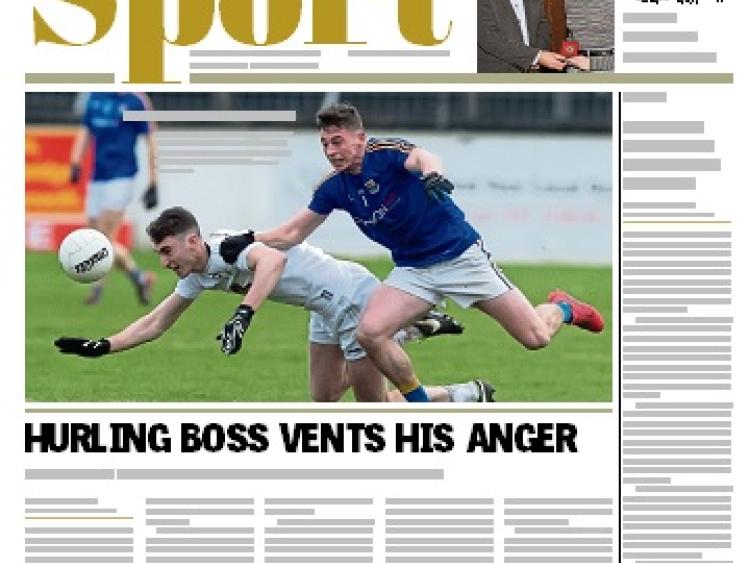 Footballers go down to Longford in Jack O'Connor's first game

Even the sin bin failed to make an appearance (Tommy Callaghan);

Rugby: Athy back in business after tumultuous week (The Oval Office);

Cill Dara and Athy record wins but Newbridge go down to Balbriggan.

A Season of Sundays hits the shelves for the 23rd season.