Kildare GAA: Jack O'Connor & Co get season up and running 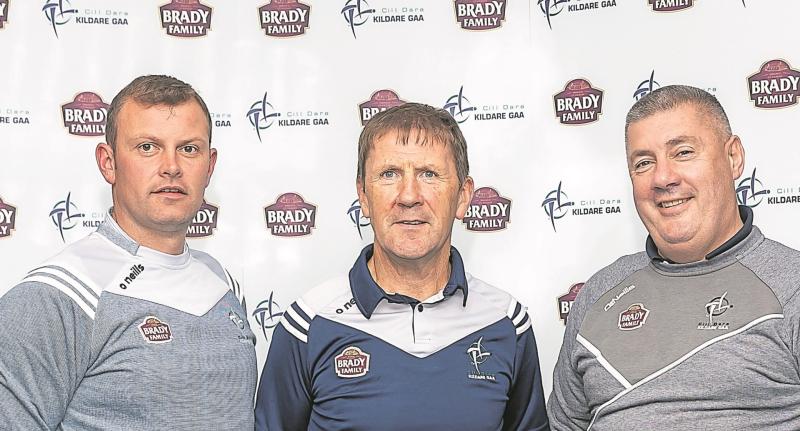 The Jack O'Connor & Co Roadshow gets under way on Saturday as Kildare's new football management team of manager O'Connor, along with selectors Ross Glavin and Tom Cribbin, take on Longford at St Conleth's Park, Newbridge, with a 2 pm throw-in.

Jack O'Connor has said he is very happy and satisfied with the enthusiasm he has seen to date with his players as he works with up to 50 players in pre-season training.

Kildare have had a few trial games and played Down in Hawkfield a couple of weeks ago but “it will be a while” admitted the Kerry man “before we have a definitive panel."
With Ben McCormack gone travelling for 12 months and Mark Dempsey out of the country studying, he won't be available for the League either; outside of that "I think we have nearly everyone available but we have some injuries that we are presently working on to get right.”
As reported some time ago by the Leinster Leader, Daniel Flynn is back training, as is “Niall Kelly; Johnny Byrne has also returned; Paul Cribbin is back training but not making full contact yet as he still getting over that shoulder injury picked up early this year but in general says the manager "we have the vast majority of the players we want and are interested in.”
Asked will the new rules that come into vogue from Saturday on, have any bearing on how he sets teams up or indeed on players who are ultimately selected, he replied:
“It is hard to knew at this stage, the offensive mark will take some time to get use to; the kick out from the 20m line will be interesting because there is obviously less ground to be aiming for but that will certainly lead to more kick-outs being contested; the offensive mark may slow up the game, maybe not, but I do think that it is going to not only take players some time to adjust to the new rules but also the coaches and managers, it could be the end of the League before we can give a definitive answer as regards the new rules.”

Meanwhile on Sunday David Herity's senior hurlers play their second game in the Kehoe Cup and having taken a bit of pasting against Offaly, will be hoping to get the better of visitors Down, also at St Conleth's Park, (2 pm throw-in).

Manager Herity said last week after the Offaly game that despite the result, scoring 18 points at this time of year was encouraging, adding, that he hoped to give players that saw no game time last week, time this weekend.