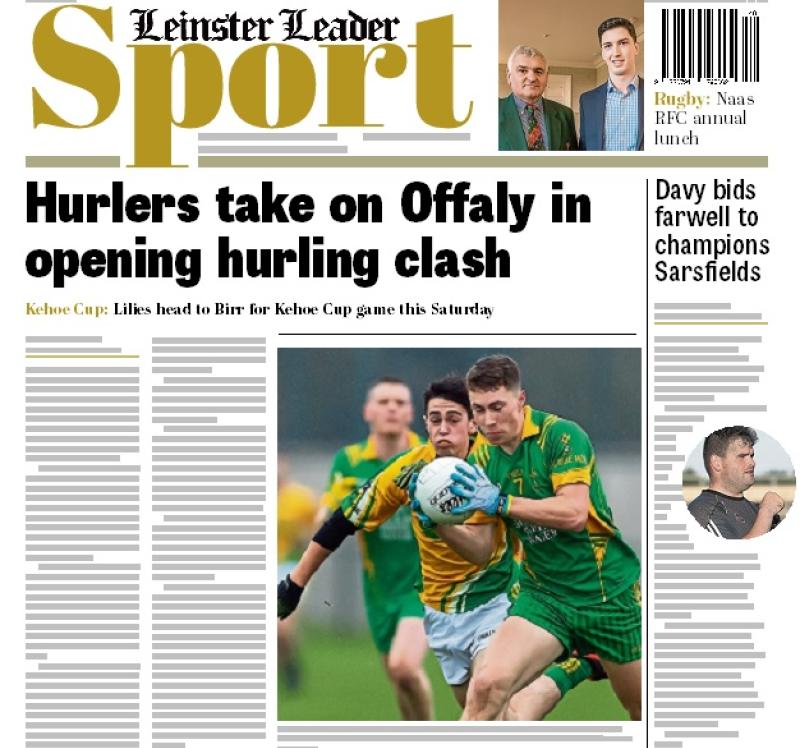 Naas pushed all the way but capture U21 'A' title

Cill Dara go down to Monkstown; North Kildare too strong for Newbridge.

Call at Community Games AGM for next generation to step up to top table.

Golf: Picture special from Naas Captains' Dinner; plus Gavin Lunny's weekly golf tip and and all the results from the Fairways.

KDFL: Suncroft end season in style with win over Kilcullen in the Ben Moran Shield final; plus results, fixtures and final up-to-date tables.