Kildare GAA: Ger bows out with little fuss or bother

Chairman's five year term of office about to end 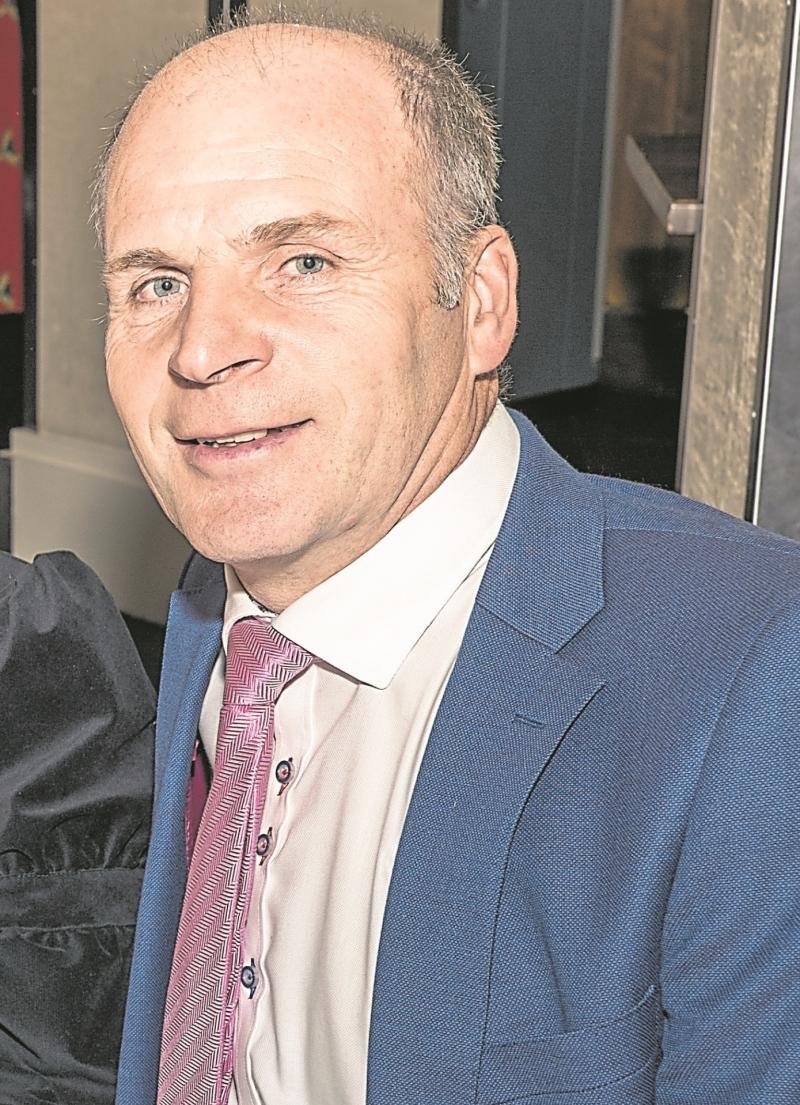 With little or no fuss, certainly no standing-down ceremony, hardly even a goodbye, Kildare Co. Board Chairman, Ger Donnelly, oversaw his final Kildare GAA Co. Board gathering of the grassroots last week, efficiently, effectively and with little bother; just as one would expect.
In fairness it is the way Ger has conducted meetings since he took up office and while it was not always plain sailing there was rarely rancour, rarely did anyone have any fallings out as the man in the hot seat remained cool, calm and collected.
That is not to say he never had reason to lose the rag. I can recall on more than a few occasions when one would not have blamed him if he had not alone thrown the toys out of the pram, but anything else that was in the pram as well, if you get me drift.
No doubt the outgoing chairman will have more to say when he officially steps down at Convention in the next few weeks but what a pity he will not be in the chair, when at least the re-development of St Conleth's Park commences, never mind completed but I'm sure when (and if) it commences and is completed he will get the plaudits he deserves for the project that get this far under his watch.
The November gathering last week Ger showed his versatility as he did a bit of double jobbing, filling in for the Hon. Treasurer Alan Dunney who could not make it on the night.
Ger, however, had good news for the club delegates informing them that while the end of year accounts are ready to go to print, they (delegates) can rest assure the figures make good reading, so good in fact that further monies (figure not specified) will be heading into the Croke Park savings account that will eventually be used for the redevelopment of St Conleth's Park.
Ger said that everything was in readiness for that redevelopment all that was needed is the (part) funding from the Minister for Sport to make the announcement, expected now in late November or early December.
The way the Government, or should that be the Minister for Stepaside (and Sport) is delaying don't rule out the Big Fella in the red top with the white beard looking for a chimney at The Birds' Nest come Christmas Eve, in order to drop in a note giving the green light and the thumbs up to the project.
We live in hope, as ever.
Someone else double jobbing on the night was Patria Dobbins, who was taking the notes for Hon Secretary, Dave Cahill, who was otherwise engaged along with his better half, Mairead, as they had just welcomed their new daughter into the world. Congrats and best wishes to both.
Unusual to have those two officers missing from the top table but there were a few others missing from the body of the hall, which was probably the reason the end-of-year gathering went off so smoothly but no doubt Tom Cross and Joe Moore will return in the New Year.
Vice Chairman, Mick Gorman, along with outgoing Leinster Council delegate, John McMahon, said that Kildare are opposing the proposal to play the Club Championships in the calendar year come 2021.
This year (2020) the Club All Ireland semi finals and finals are due to be played in January but it is being proposed that come 2021 to have the entire club competitions finished in the one calendar year.
It was pointed out at last week's gathering that if that was to be the case the various Kildare county finals would have to be pencilled in for September, even possibly before the All Ireland SFC decider.
Leinster Council deferred a decision at their last gathering, John McMahon said they (Leinster Council) will return to the subject at their next meeting but Kildare will definitely be opposing the move such is the tight timeline.
Chairman Ger, putting back on Alan Dunney's cap, said that the Croke Park loan to Kildare had been reduced by some €12,000; gate receipts were up, the drawn county final a big help here, but overall the financial situation was very positive as would all be revealed at Convention.
There is little doubt that what Kildare has achieved over the past number of years, from a financial point of view, has been nothing short of phenomenal and while there are lot of folk that can take credit for this, no doubt the driving force behind the turn around is Alan Dunney; so far in fact that Croke Park has given approval for the Hon Treasurer to extend his tenure, above and beyond his initial five year period.
While the St Conleth's Park project is awaiting for the green light, so also is the proposed new gym at Hawkfield, as Operations Manager Cormac Kirwan explained.
Planning has been approved but funding, from a different pot than the stadium development, is awaited and expected before the Big Fella arrives in late December

With nothing coming from the floor under the heading of AOB  it fell to the chairman to close the meeting, in this his last address at this particular forum. He did so without even a hint or a rub of an eye closing affairs within some 70 minutes of its commencement.
With Convention next up in December in The Osprey Hotel, Naas, it was very noticeable one or two of those seeking office for the next 12 months, and beyond, were seeing shaking hands, holding chats and generally being friendly to one and all.
Sure there's nothing new in that I whisper to myself, as we head down the steps of the Birds' Nest, looking out at the auld stand and wondering, and hoping, that it won't be there too long into the New Year.
Minister, time to cough up!