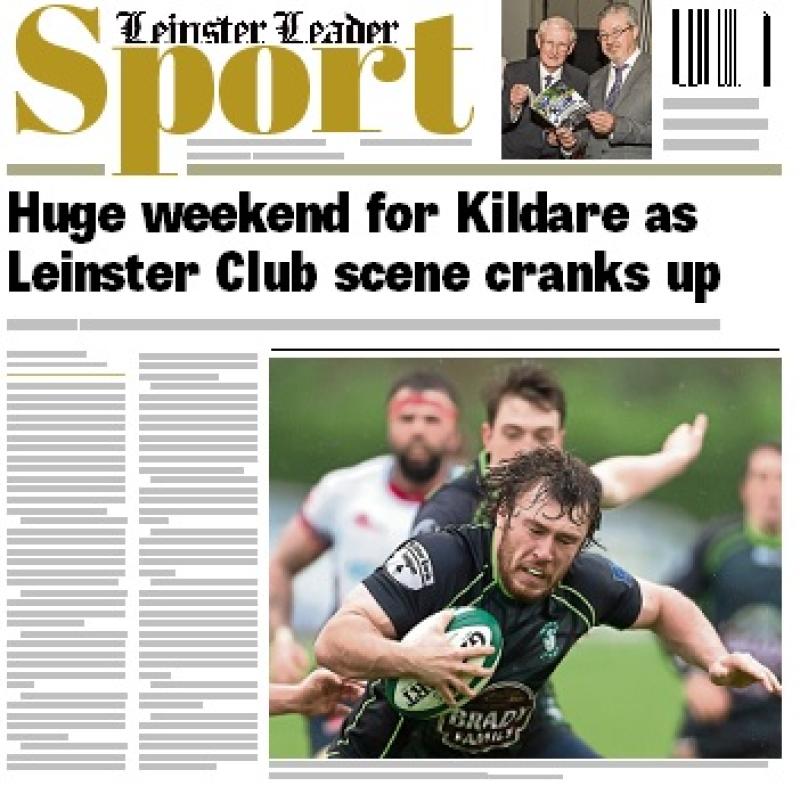 A look head to a huge weekend as three Kildare clubs go into action in their respective Leinster Club Football Championships.

Not for the first time this season Naas hurlers show their steel.

Wins for Moorefield and Celbridge in U21 'A' Football Championship.

Athy get the better of local rivals St Laurence's to while Ballymore get over Eadestown in the U21 B semi finals.

Changes aplenty on the way, on and off the field of play (Tommy Callaghan).

As Robertstown GFC mark their centenary, we carry a two page picture special on the club's celebrations.

Barnhall remain unbeaten in the Energia AIL (Dermot O'Mahoney), plus a round-up of the action in the Leinster Leagues.

Golf: News and results from the Fairways plus Gavin Lunny's weekly golf tip.