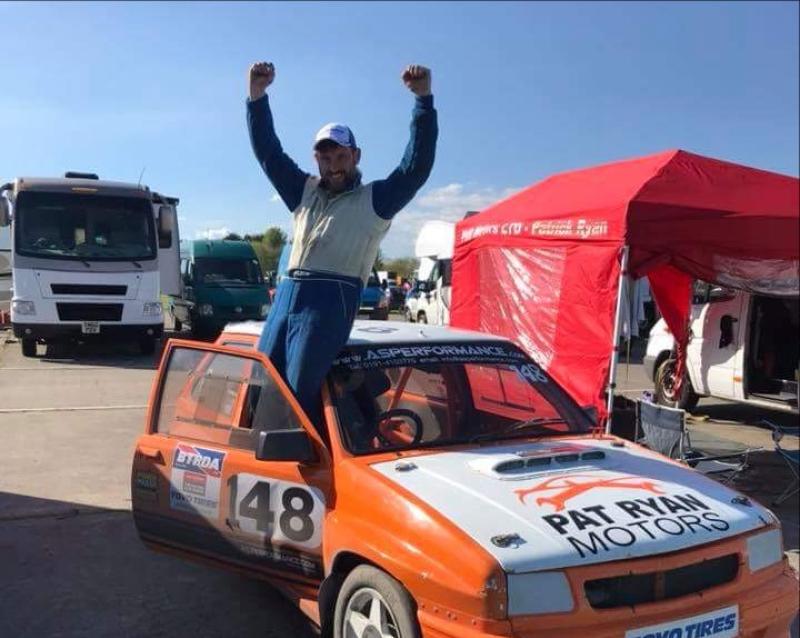 A Clane man has won a top motorsport award in the UK.

Patrick is a self-employed mechanic, and has been racing since he was 12-years-old.

Patrick took up rallycross in 2005. Rallycross is a mixed surface circuit of gravel and tarmac, with a grid of 8 to 10 cars on the circuit. 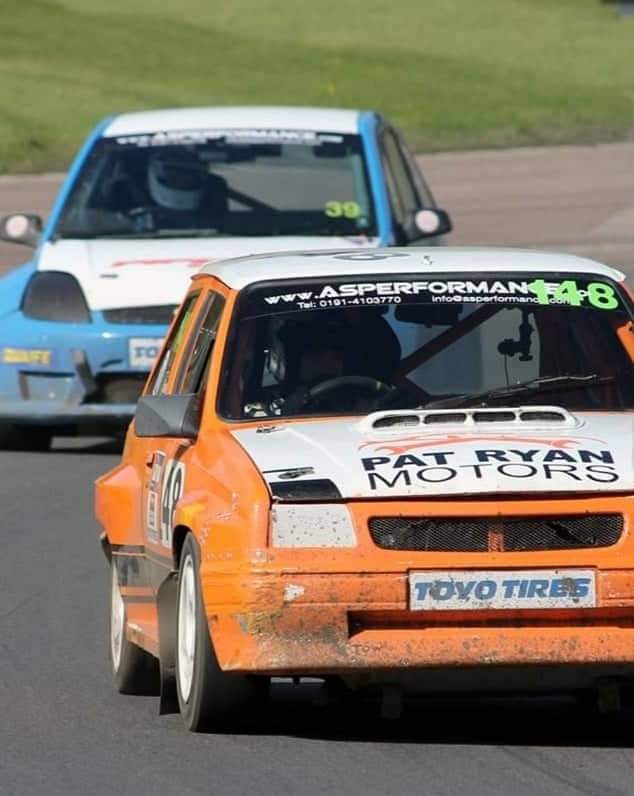 Patrick on the track (orange car)

After many great years of results in the Irish Championship, he looked to the UK in 2018.

"This was a hard fought year, but he missed out by two points and settled for 2nd overall in the Super Modified class but won the 2000cc class with 9 wins from 9 starts in class," proud partner Kelly told the Leader.

This year, using his Vauxhall Nova, Patrick committed to a second year of Rallycross in the UK.

"Its takes 3 timed heats, your best two times determine your spot in the final, the top 7 fastest cars make the  "A"  final, followed by the next 8 cars in the "B" final. To advance into the next final you must win your final you have qualified from your heats," Kelly added.

Patrick had a convincing win in this year's final to be crowned the 2019 overall Super Modified champion in the BTRDA.

"No one deserves it more after all the hard work that went in to make it possible," added Kelly.