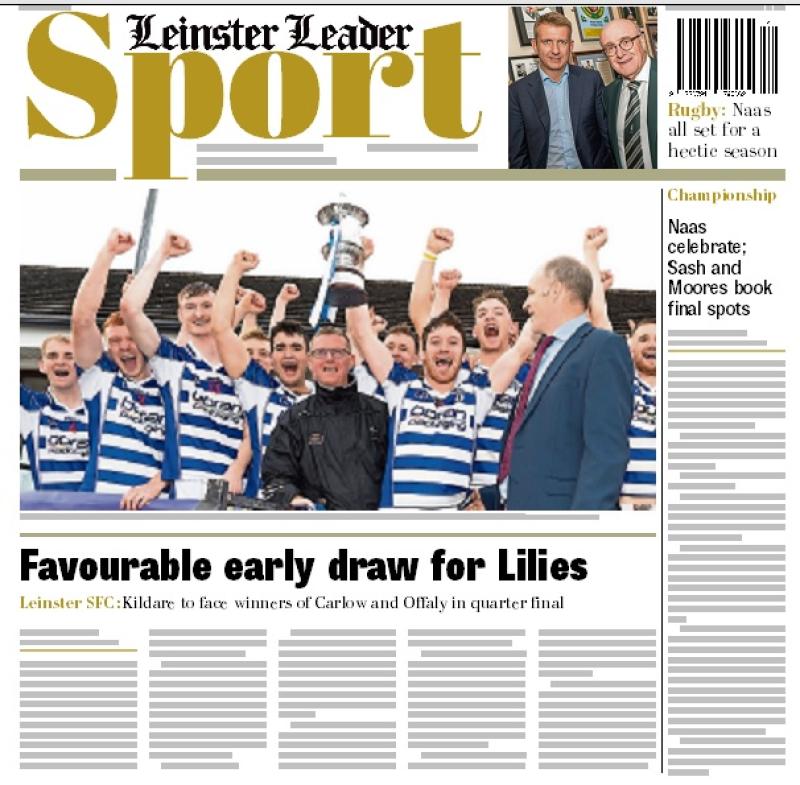 Celebrations in Naas as they finally capture the senior hurling title, and along with the Minors made it a day to remember. Reports, reaction and comment on a great afternoon at St Conleth's Park.

Moorefield and Sarsfields advance to yet another all-Newbrige football final.

It's Naas for the hurling ... but Newbridge Or Nowhere for the football (Tommy Callaghan).

Reports of the Ladies League finals with wins for Confey, Sarsfields and Kilcullen.

In the MFC semi final, Naas march on impressively but Clane and Larries must meet again.

Preview: a look ahead to this weekend's IFC final between Monasterevan and Leixlip.

Rugby: Naas go down but Barnhall open with a win in the AIL.

Rugby Feature: All set for another big season at Naas RFC.

Golf: Conor O'Rourke progresses to Round 2 of the Q-School; plus all your results from the Fairways along with Gavin Lunny's weekly golf tip.