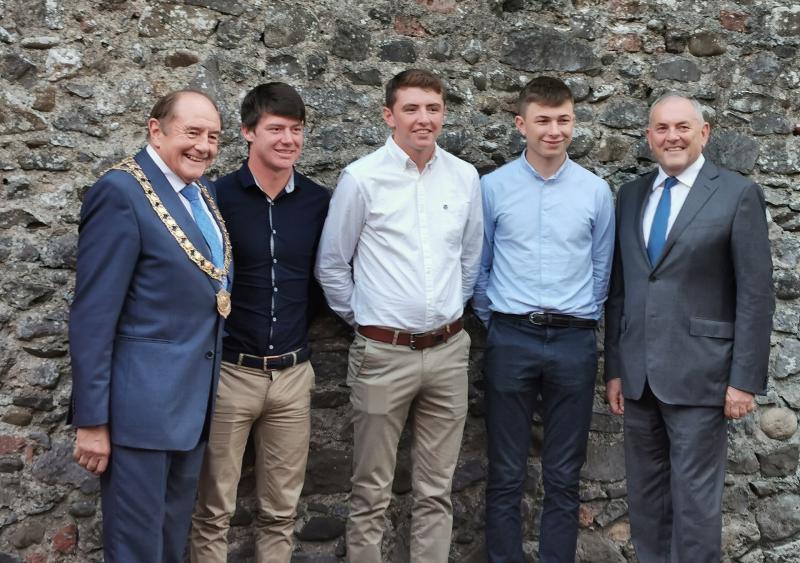 The medal winners, including Castledermot man, Mikey Pender were joined by family, friends, winning owners and breeders, along with representatives from Horse Sport Ireland and local politicians.

The reception came following  a stunning performance which saw Irish horses and riders claim four of the nine World Championship medals on offer at the Championships. All three Irish winning riders are under 20 years of age and were up against some of the world’s most experienced Show Jumping athletes.

Carlow’s Jason Foley and The Irish Sport Horse Rockwell RC, bred by Ronan Byrne and owned by Kevin Crumley, also struck Gold in the final for 5-year-old horses, while Kildare’s Mikey Pender and Chacco Bay collected the Silver. Mikey Pender also stood on the podium in the 6-year-old final following another runner-up finish with MHS Cardenta (ISH) bred by Thomas Brennan and owned by Marion Hughes and Miguel Bravo.