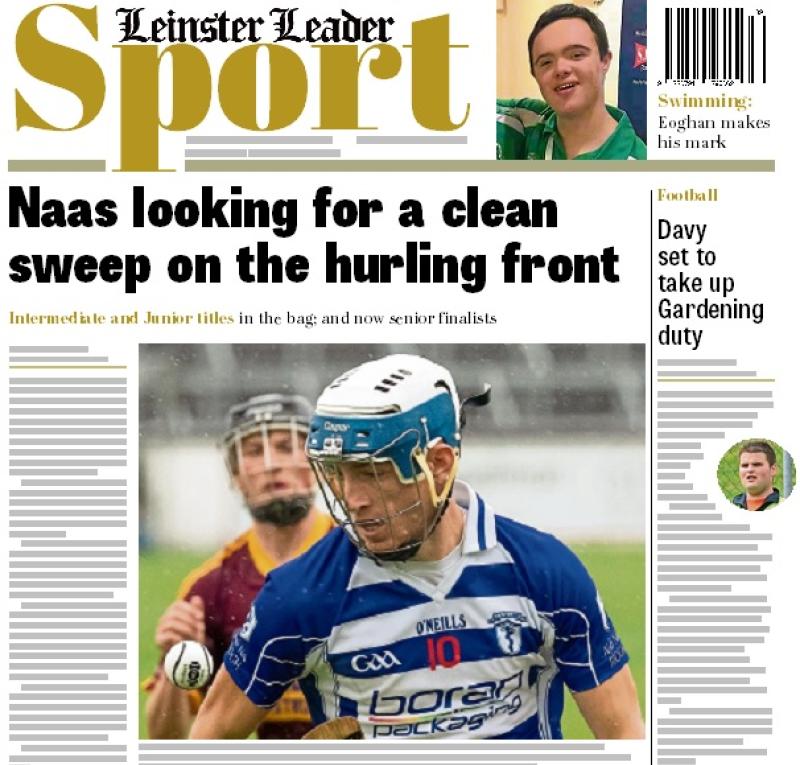 As Naas and Coill Dubh book their place in the Haven Hire SHC final, it puts the county town team in line for a unique treble.

Full and extensive reports of the two hurling semi finals while also reporting on the Naas club's win in the Intermediate and Junior Hurling Championship finals.

A look ahead to this weekend's Junior Football final along with the two Intermediate Football semi finals.

Rugby season is up and running and The Oval Office (Dermot O'Mahoney) returns with his weekly contribution.

Newbridge and Cill Dara open with defeats in the Leinster League.

Plus our usual extensive results from The Fairways and Gavin Lunny's weekly golf tip.

Plus Monread top in local derby along with our weekly CR Wynne Feeds Senior Division Focus.

That along with all the results, fixtures, noticeboard and uip-to-date KDFL tables.