Kildare GAA: Moorefield forced to dig deep to get better of Clane 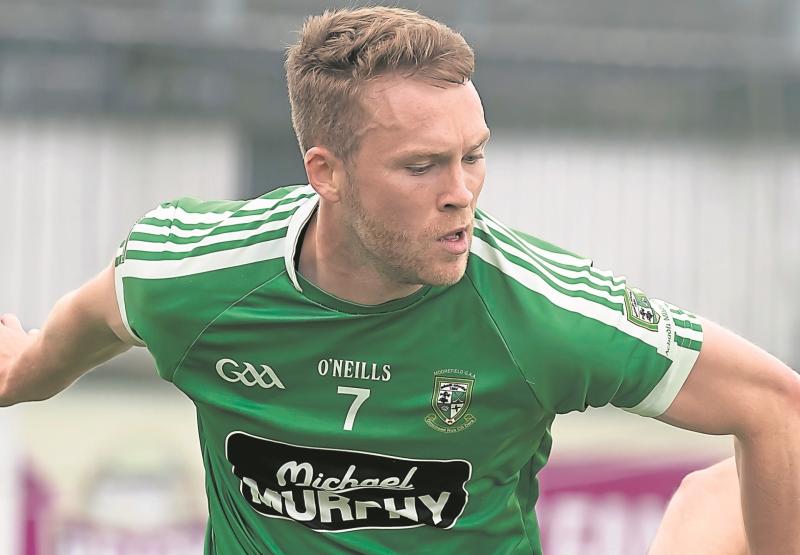 James Murray, back from injury for Moorefield

Moorefield had to dig deep to book their place in the quarter final of the Joe Mallon Motors SFC this afternoon, coming from behind to get the better of a Clane team that caused them big trouble at times.

In the end the champions had five points to spare but at one stage in the opening half they trailed Clane 1-6 to 0-3, Shane O'Sullivan goaling for the boys in white.

An Adam Tyrrell goal before the break gave Moorefield a life line, although their trailed by three at the break.

Danny Egan stretched the Clane on the resumption but Moorefield slowly took control and when Niall Hurley Lynch palmed the ball to the Clane net it brought the sides level.

Moorefield dominated from here in and with Clane scoring just three second half points it is the champions who will be in the draw on Sunday evening for the quarter finals.

In the other preliminary quarter final, Eadestown, hitting two goals in each half, shocked Castledermot to reach the quarters.

Eadestown led at the break 2-5 to 1-5 but second half goals from Conor McCarthy and Cian Bolton saw Eadestown over the line on a final score of Eadestown 4-9 Castledermot 1-10.

In the Pittman Traffic IFC preliminary quarter finals there were wins for St Kevin's over Ballyteague while Sallins knocked out Nurney.