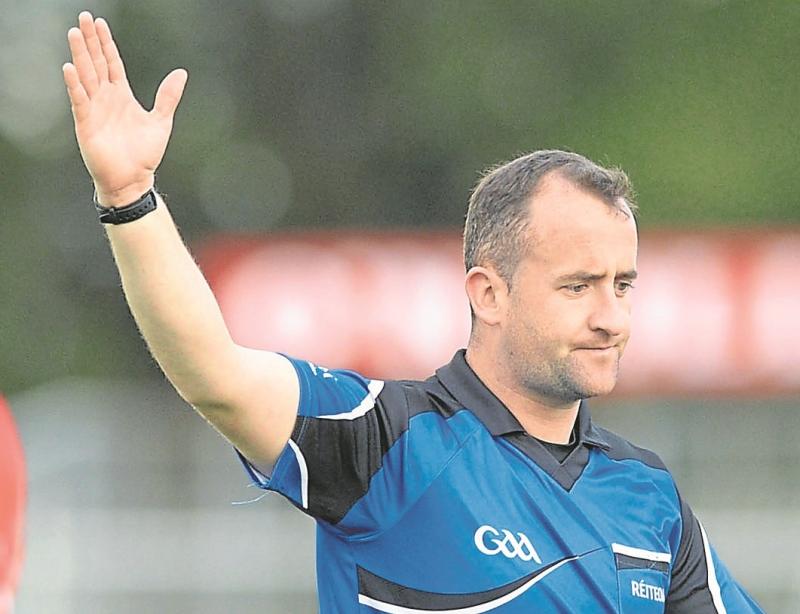 Experienced Kildare referee Brendan Cawley of the Sarsfields club in Newbridge is busy preparing for his linesman role in the Electric Ireland All-Ireland minor final meeting of Galway and Cork in Croke Park on Sunday week.

Cawley (29) will be joining Cavan Gaels clubman Noel Mooney who will referee the clash.

Roscommon’s Paddy Neilan will be the standby referee and Jerome Henry (Mayo) was named sideline official.

In April last, Cawley was named on the 18-strong panel of senior inter-county referees who will take charge of championship games in 2019.

It was the first time the Sarsfields man was named on the panel and the first Kildare official to reach this level since Raheens' man Mick Monahan.

Noel Mooney refereed this year’s Super 8s meeting of Cork and Roscommon, the Ulster senior club final, the Leinster SFC meeting of Wicklow and Kildare and the Antrim-Kildare qualifier.

Mooney’s umpires on the day will be Michael Mooney, Michael Graham, Berney Quinn and Martin Sheridan.

Referee David Gough will take charge of the the 2019 All-Ireland senior football final.

Meathman David Gough will be the man in black for Dublin v Kerry in the senior final and Conor Lane of Cork will be the standby referee and Barry Cassidy (Derry) on the line and Sean Hurson (Tyrone) named fourth official.

Gough has been one of the top referees in Gaelic football in 2019 but there was some controversy in the lead-up to his appointment in the Kingdom as the 36-year-old lives and works in Dublin.

The Slane clubman was in the middle for the Super 8s meetings of Donegal and Mayo, and Dublin and Cork, the Ulster semi-final clash of Donegal and Tyrone and Mayo and Galway’s Connacht semi-final meeting this year.

Gough was on the whistle for the 2015 All-Ireland minor final between Kerry and Tipperary, the 2013 All-Ireland U21 final meeting of Cork and Galway, the 2017 Connacht final, the 2018 Ulster final, and the 2018 All-Ireland senior club final.