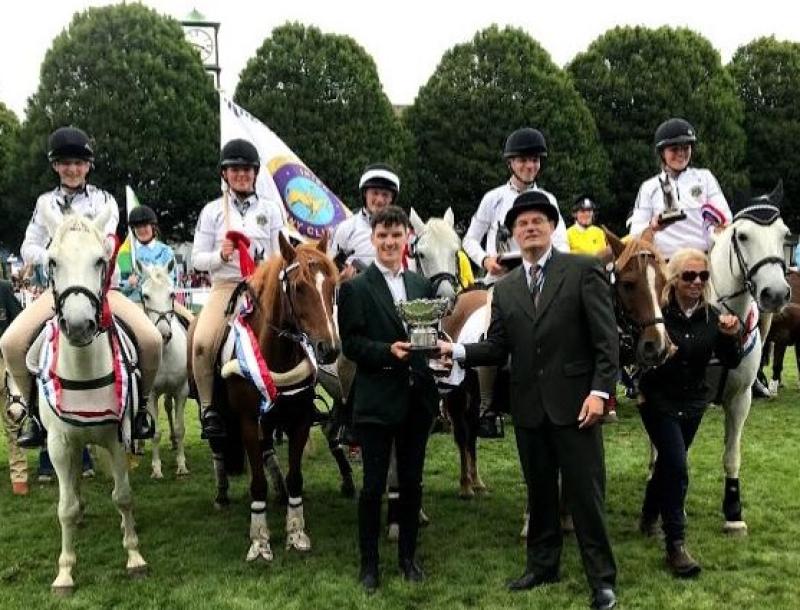 History was made on Sunday 11 August 2019 when Kildare Hunt Pony Club Mounted Games team won the final of the Irish Pony Club Senior Mounted Games Championship in style at the RDS.

This is the first time since 1975 that Kildare have managed to win the coveted Hugh Leonard Cup.

The team of Ali McPhillips, Isabel Donnelly, Josh Hickey, Louis Hennessy and Jake Brannigan rode with conviction and courage throughout the two day competition.  Trained by Mounted Games World Champion, Peter McCarthy, from Eadestown, who led the team of teenagers with his professional and tactical approach.

The team led by 10 points after the exhilarating Saturday heats in Ring 1 of the RDS.  They managed to maintain that lead to seal a very convincing win over the other finalist challenging teams of Shillelagh, Island, Meath, Duhallow and Wexford Pony Clubs who had threatening to close the lead on them in every race.

The other championship teams put in a wonderful performance from every one of their players, but this year was to be Kildare’s.