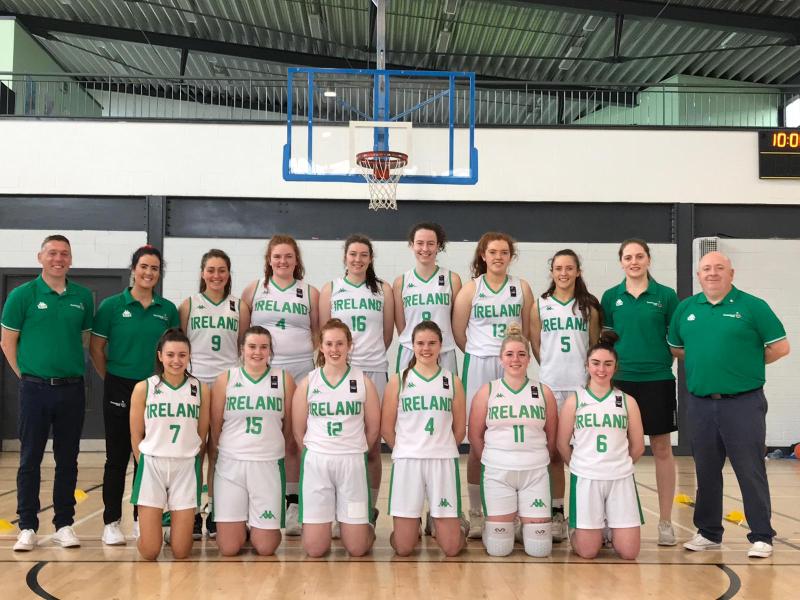 There was big disappointment for the Ireland Under 20 women’s team in Kosovo yesterday evening as they lost out 61-55 to Israel at the FIBA U20 Women’s European Championship Division B.

They went on to hit some big three pointers to stretch the lead out to outscore Ireland 24-13 in the period and hold a three-point lead at half time. A solid third quarter from the Israelis helped them keep in front, with Dor Saar, Romi Levi and Daniel Karsh putting up some big numbers and they drove on from there to win out 61-55 in the end.

A strong defensive display by the Irish just wasn’t reaping rewards on the offensive end, with scores at a premium for the women in green at periods throughout the game.

Israel did a good job on closing down the offensive threat of Dayna Finn, but she still finished out the game with 14 points and eight rebounds, while another solid display from Claire Melia, saw her finish with a double double of 19 points and 12 rebounds.

Sorcha Tiernan was also on form, notching 11 points and eight rebounds, while there were strong defensive performances from Annaliese Murphy, Enya Maguire and Rachel Huijsdens – but despite the hard work on defense, the scores just weren’t coming on the offensive end.

Turnovers would prove to be key also, with Ireland having 21 turnovers in the game, which the Israelis capitalized on, breaking out in transition time and time again. Despite a huge fourth quarter from the Irish, it just wasn’t enough to close the gap and time ran out.

They now face into a crucial must-win game against Croatia today at 6pm (Irish time) in the final game of Round 2, where a spot in the semi-finals is still within reach for the Irish if they can take the win.

Speaking after the loss, head coach Martin Conroy said: “It’s disappointing, and disappointing because we know that we can play better. We allowed them to take control of the game after a good first quarter.

"We gave up way too many turnovers in the game which led to fast breaks and layups and we had to chase the game down coming into the last quarter. To be fair to Israel, they did a good job scouting us. We will learn from it and make sure that we’re ready for a huge game tomorrow night now.”

All of tomorrow’s games will be streamed live on the Basketball Ireland Facebook page.