Laois by far the best team on the night 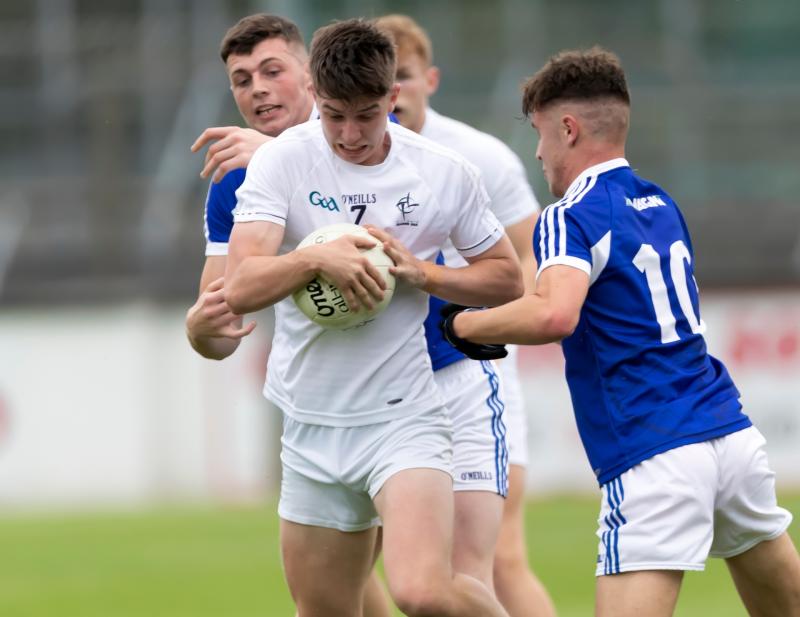 Kildare crashed out of the Leinster U20 Football Championship at the first hurdle at St Conleth's Park, Newbridge, this evening and while there was three points  in it when the final whistle that score line does not do the winners justice as Kildare scored a 64 minute penalty to put a better look on it.

Kildare led by four points after 21 minutes having been well on top but by half time that lead was down to just a single point, Kildare 0-8 Laois 0-7.

Laois came out with all guns blazing on the resumption and with corner forward Diarmuid Whelan in magical form, the Ballyroan Abbey man hit ten points in total, just three frees, the winners were never troubled by the home side.

Kildare, through Luke Griffin hit a late, late penalty but it was not enough as Laois move into the next round where they will take on Westmeath; for Kildare, last season's Leinster and All Ireland winners, the season comes to an abrupt end.