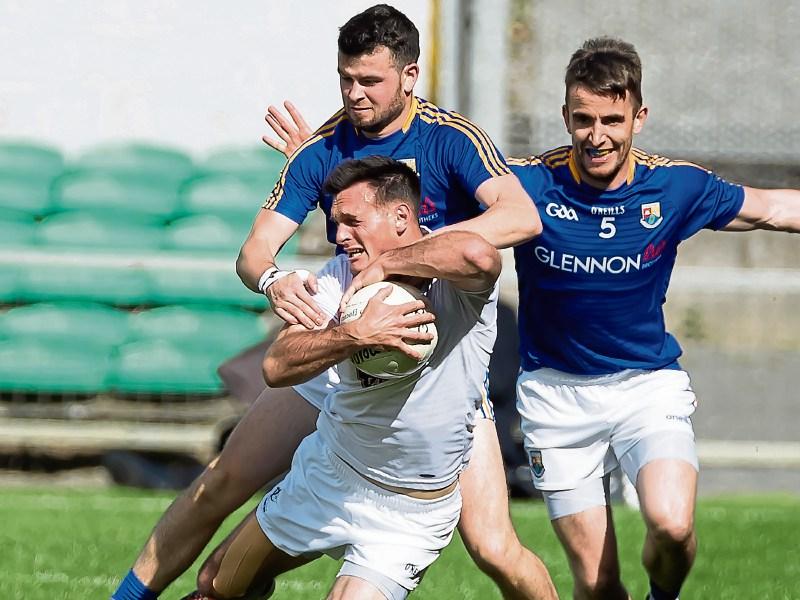 Not for the first time we have seen the Jekyll and Hyde side of Kildare.

Most of us have lived with it all our lives and as we saw on Sunday in O’Connor Park, nothing, if anything has changed.

If anything, The Lilies quarter final clash with Longford only emphasised that fact.

One behind after 20 minutes.

Two behind after 21 minutes.

Four clear at half time.

And that was with the strong wind in The Lilies favour.

For those not in Tullamore it sounds exciting, close and decent.

For those at it though it was far from it.

Under pressure at times.

Defensive-wise poor in the extreme.

Seven points in the clear after 42 minutes.

Incredibly just one point in front on 57.

That lead pushed out to three with 59 minutes on the clock.

Yet when the full time whistle arrived the sides were level.

Talk about pulling one’s hair out.

If you had hair that is.

That auld chestnut that Kildare can’t kill off teams is evident again.

It’s a fair few years ago now since Kieran McGeeney told Kildare players at his very first gathering that The Lilies are looked upon as a lovely team to play against as they play nice football but have no bottle; no ruthlessness; no killer instant.

That statement raised its ugly head once again on Sunday.

And so to extra time.

Four minutes in, against the wind, three clear.

Five minutes in Kildare lead back to two.

Eight minutes in the lead pushed out to three again.

Wind in their favour for extra time second half.

But Kildare failed to raise another flag.

Attack-wise much improvement but when goal chances are made they just have to be finished off; not to do so will simply come back to haunt them. Midfield in and out (again). Defence looked jittery and uneasy.

Three goals conceded against Longford is three too many.

One of those goals in particular would give one nightmares.

Kicking the ball around at the extra time break nevertheless.

Ben McCormack, our second main threat, withdrawn at half time.

Re-appears in extra time to score a point.

Fasten your seat belts for another 70 minutes plus of ecstasy and agony.

Sitting still, doing nothing, will surely produce the same performance.

Tommy Moolick due a start.

Jimmy Hyland in the same situation.

Kildare glass half full or half empty?

One way or the other the glass is leaking and unless that is mended, it will be off to Netwatch Cullen Park and Carlow in the Qualifiers instead of Croke Park and The Dubs.

Despite what many may be thinking, Croke Park is where Kildare must aim for.