Thanks Ruby — it’s been a heck of a ride

Robert Mulhern looks back at the outstanding career of Ruby Walsh 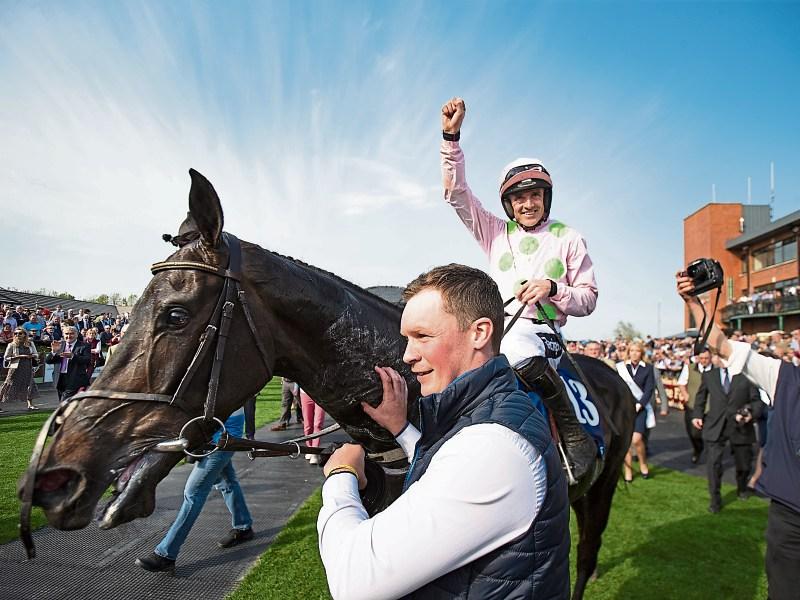 It’s nearly 23-years since Ruby Walsh rode his first ever official winner. It was an amateur race in May 1996. I remember, because Ruby was on the same rugby team I played with — the Naas U18s.

But for us, the win arrived somewhat out of the blue. I don’t ever remember Ruby talking about riding racehorses, despite his father, Ted’s, profile in the sport. But at the same time, looking back, Ruby wasn’t a big talker.

Often on the bus travelling to matches he’d sit away from the crowd and keep to himself. But of course. it all makes perfect sense now — the years since have shown that Ruby, emphatically, is a man apart.

Post Ruby’s retirement announcement, it feels surreal to match that teenage version with the sporting icon he has since become.

I mean if I was to start name-checking all his successes, there would be little room left to write anything else: the 59 Cheltenham Festival winners, the back-to-back Gold Cups on Kauto Star, the two English Grand National wins on Papillon and then Hedgehunter, the five consecutive victories in the King George IV Chase!

On and on and on it goes.

It’s because of all this and more that it feel like Ruby has been around forever — his name punctuating hundreds of sporting weekends over the last two decades to the point that it’s almost unconscionable to imagine a Cheltenham Festival where he won’t figure.

Not anticipating Ruby’s retirement, I wrote on these pages only recently how Ruby’s abilities always felt like they were afforded a more fulsome appreciation in Britain.

Here, in a land where the press is renowned for the sharpness of its teeth, Ruby is something of a sporting prophet.

By contrast in Ireland, Ruby’s direct, brusque style has too often lost him admirers — when, really, his consistent brilliance in his trade is the one thing, the only thing, worthy of measure, in my mind at least.

At the same time, in a world where sports stars increasingly say nothing of any interest or speak only in safe soundbites, I always admired Ruby for being frank and honest, for calling it how he sees it and most of all for being authentic.

And let's be honest — fewer and fewer people in public life are comfortable and sure enough to stand apart for fear of causing offence, to the same degree.

I’ve thought this week that one of the great joys of my career has been the opportunity I’ve been given to cover, intermittently it must be said, Ruby’s career, a career that has so often peaked at Cheltenham.

And when I myself have been worn complacent by the incessant drip drip of Ruby’s victories, from Big Bucks to Masterminded, to Faugheen and more, a correction would nearly always arrive in the form of the train from Paddington to Cheltenham racecourse every March.

On those early morning departures, Ruby was always the name that dominated conversations among English punters on the train.

I’m talking about day-trippers, and sometimes racing fans, who hitched their dollar to the only sure thing they knew — the diminutive Irishman; the tried and tested winner of the biggest week in jumps racing.

Typically, days later when the train would make its return leg, it was Ruby who was toasted most vigorously.

The goodwill and respect afforded to Ruby Walsh from English people always felt affirming as a Kildare person living and working in Britain.

And I’m sure anyone with even half an eye on Ruby’s career over the last 23 years could more easily cobble together a decent highlights list.

My own personal highlight is from the Cheltenham Festival in 2013, when Ruby ran the Supreme Novice’s Hurdle ragged on Champagne Fever with a display that reminded yet again that there was no one better when it came to seizing and dealing with the big moment on the big day.

The noise that rolled out of the grandstands when Ruby followed that win with victory in the Champion Hurdle on Hurricane Fly is a sound I can still hear if I close my eyes and concentrate hard enough.

And like the best sporting career’s that’s what’s now left behind — a raft of brilliant memories that will be reflected upon long into the future.

I’m sure I speak for many people, and not just in Kildare either, when I say thanks Ruby, it’s been great being along for the ride.