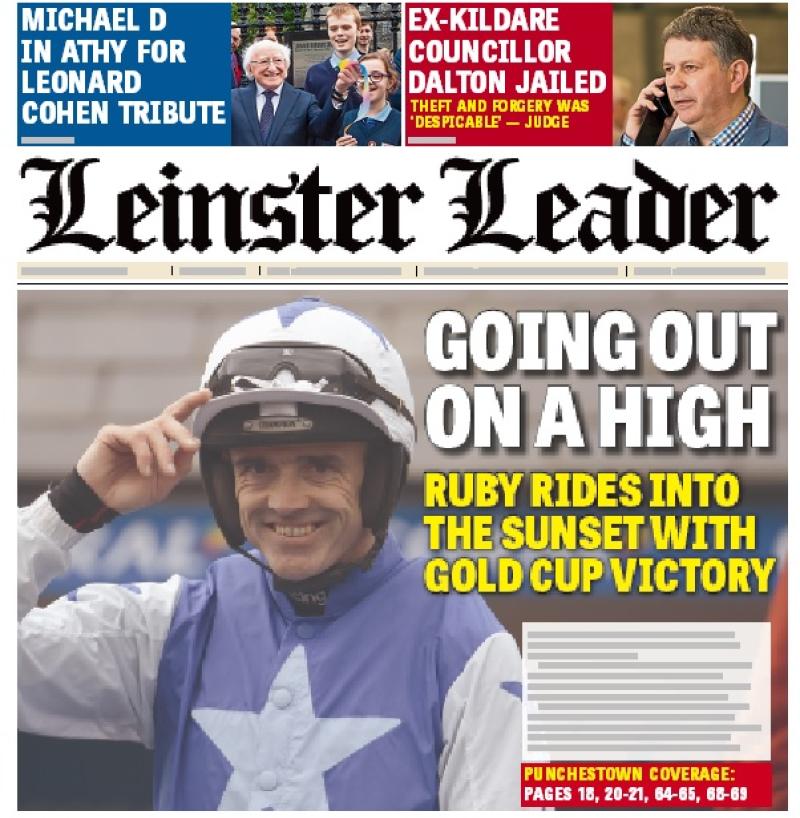 As Ruby Walsh hangs up his saddle we have extensive coverage, reaction and comment along with all the action and reports from the Punchestown Festival with a 7 page special.

On the GAA front, for the second week in a row, every football club game covered in the senior, intermediate and junior championship.

Golf: all the results and notices from the Fairways; Gavin Lunny's weekly golf tip and picture coverage of the Naas Lions Club Golf Classic.

KDFL: results, fixtures, Noticeboard with coverage of an impressive Sallins Celtic win over St Anthony's; Heartbreak for Straffan AFC and our weekly Focus on the CR Wynne Seeds Feeds Division.

All lthat and much more in this week's Leinster Leader, in the shops now.