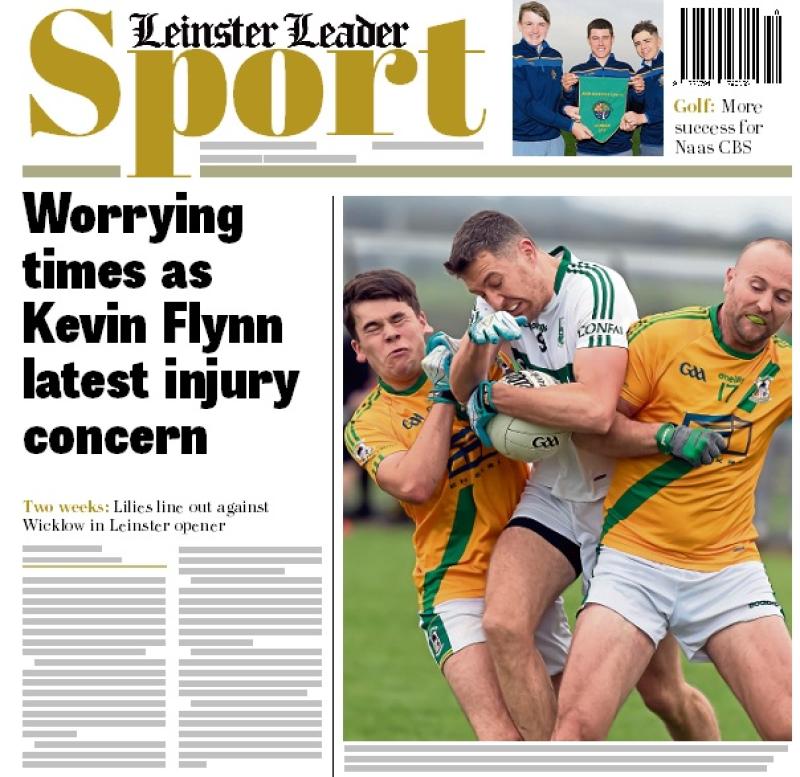 Big win for Kildare hurlers as they defeat Antrim comprehensively.

Four Punchestown Pearls to keep on eye on this week.

Heartbreak for Naas RFC as they crash out in play-off semi final after extra time.

Golf: Naas CBS capture All Ireland Schools title; plus all the news and results from the Fairways along with Gavin Lunny's weekly golf tip.

All the KDFL results, fixtures, Notice Board, along with Match of the Day, Allenwood Celtic v Bush Celtic and our usual Focus on the CR Wynne Feeds Senior Division.