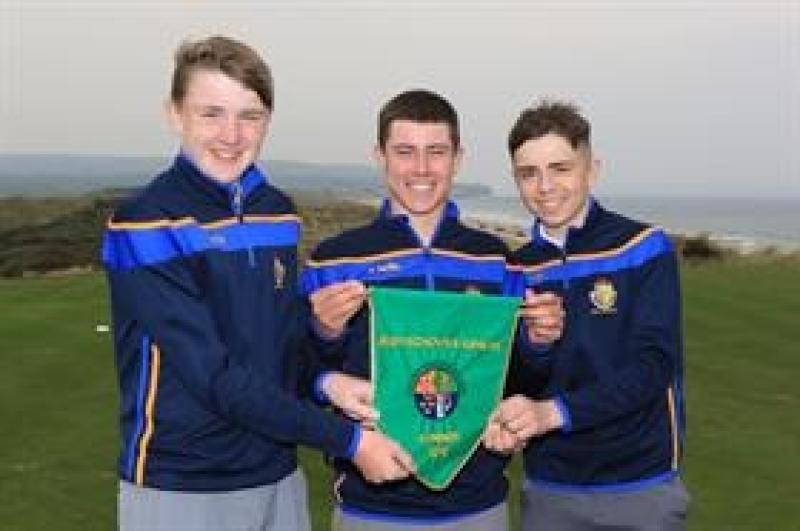 2019 has has certainly been a year to remember as far as Naas CBS are concerned.

Crowned Leinster Senior 'A' Bosco Cup football champions a few months ago, losing the All Ireland final by a single point, yesterday the school hit the headlines once again, this time when the schools' golf team captured the Irish Schools Junior title at Portsteward.

Andrew Curran led the way for Naas CBS, with a superb total of 40 points, the best score of the day. Eoin Freeman was next best for Naas with 39 while Darragh Behan's score, 33, was not needed.

Another brilliant performance from the Naas school.