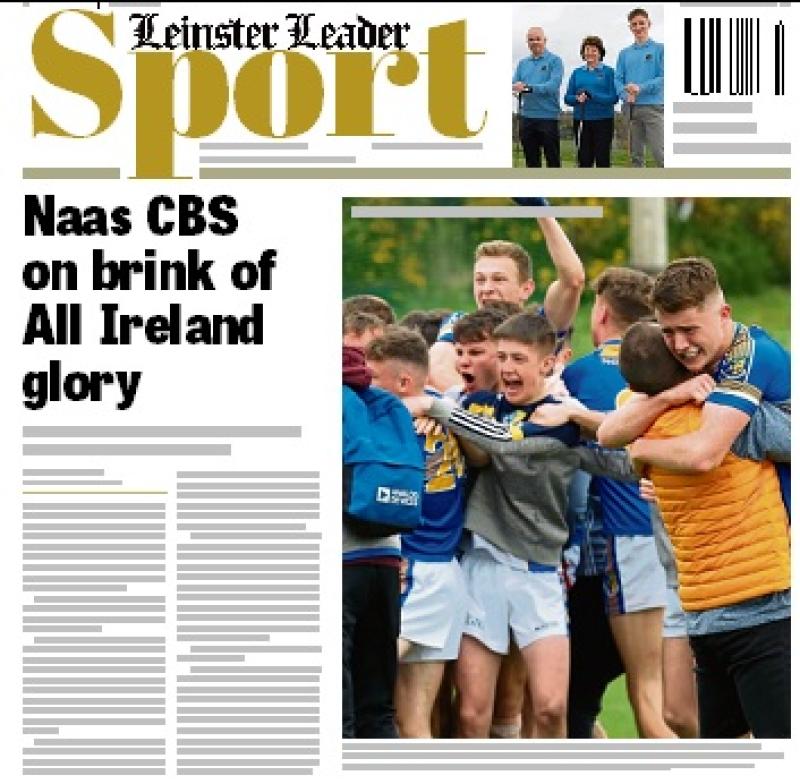 Naas CBS had a terrific win in the PPS All Ireland Senior 'A' Football Championship and now look forward to Saturday's final in Croke Park. We report on their big semi final win, get reaction and look ahead to the big game.

Big win for Moorefield over town rivals Sarsfields in the SFL, we report on the big derby game, along with reports from other games along with all the results and this week's GAA Fixtures.

Soccer: Big weekend as the KDFL returns for its 26th season. We look ahead to the opening games and publish all the weekend fixtures.

Final week of our soccer coaching series. This week, Learning how to tackle.

All the facts and stats of the Alliance Football League Division 2 campaign (Tommy Callaghan).

Ladies defeat Offaly in the Lidl League while the U16s go down to second half goals against Longford.

Rugby: Dermot O'Mahoney looks back on an eventful week on the rugby front as Kildare players shine for the Pronvices.

Golf: all the results from the fairways; Gavin Lunny's weekly golf tip plus picture special as Royal Curragh 2019 captains drive-in.

Racing: The four to fear in the Grand National this Saturday (Robert Catterson).