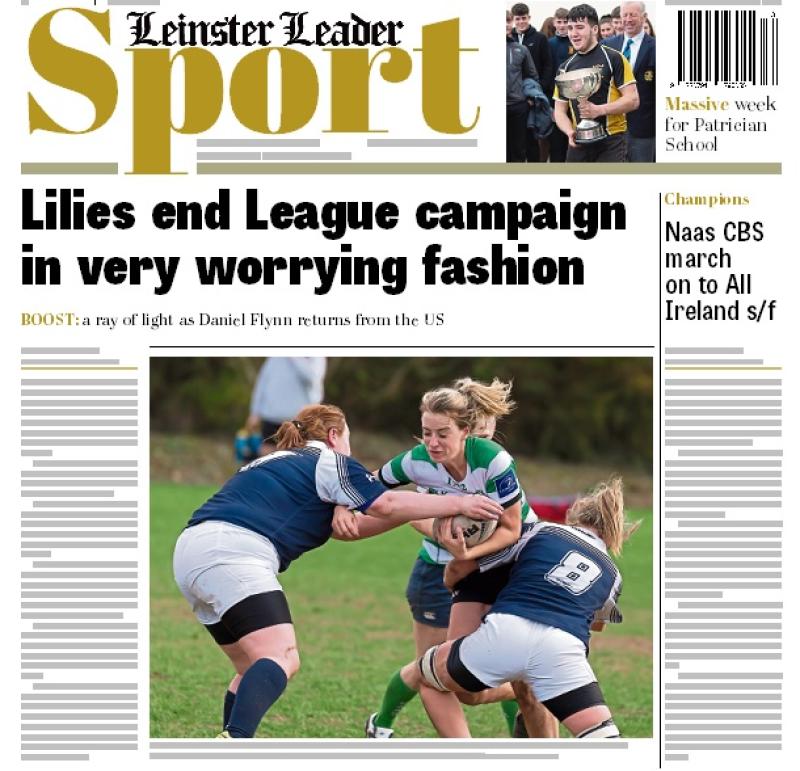 Reports, reaction and comment from Sunday's resounding defeat by Donegal.

Ladies rally late on to take the points against down.

EMS Copiers senior league under way; reports, results along with this weekend's fixtures.

Naas CBS retain title after extra time drama plus a look ahead to Saturday's All Ireland schools semi final.

MU Barnhall and Naas record impressive wins in the AIL.

Golf: Jonathan Yates Golf Day launched at Naas; plus all the results from the Fairways and Gavin Lunny's weekly golf tip.

Racing: Robert Catterson looks ahead to what expect at Cheltenham 2020.

Dogs: Azzabi comes from the back to take feature at Newbridge trace.