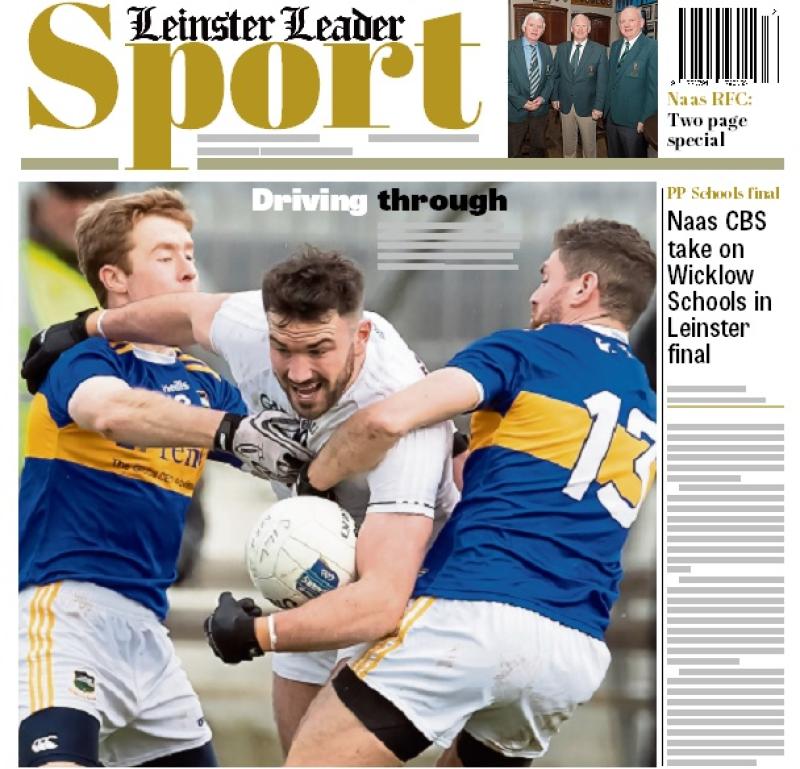 Rarely has a win been met with such scepticism (Tommy Callaghan).

Heartbreak for Kildare Ladies against Meath.

GAA Fixtures and all the week's results plus how Naas CBS qualified for the Leinster final.

Picture Special as Moorefield players take to the Boxing Ring.

Two page feature on the history of Naas RFC along with Picture Special of the club's Annual Presidents' Lunch.

Racing: Robert Catterson looks back at the Delight, Drama and Disaster of Cheltenham 2019.

Soccer Coaching: this week the focus is on Heading.