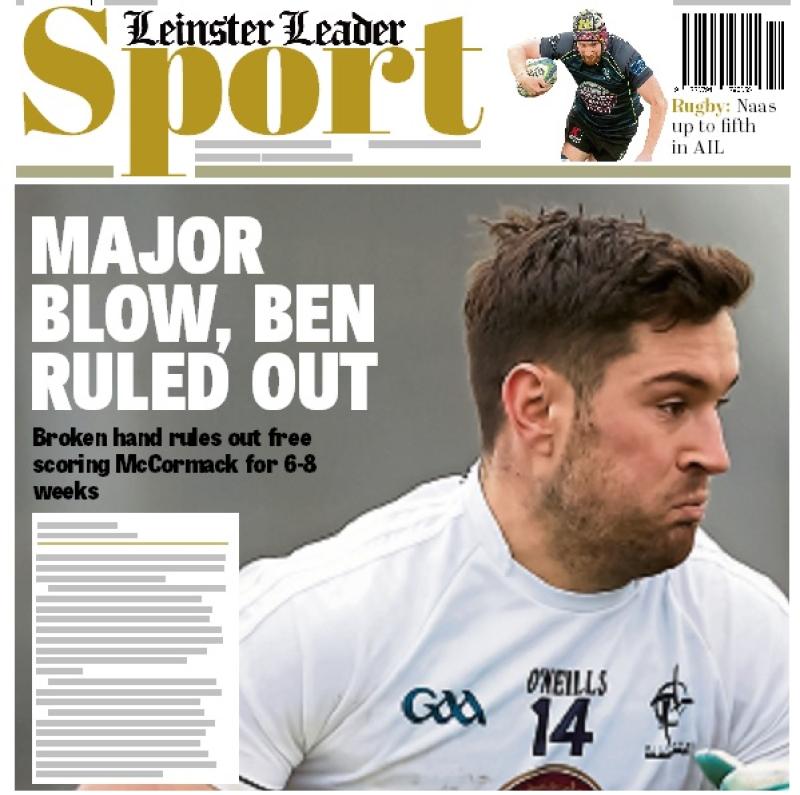 Major blow to Kildare as Ben McCormack ruled out for up to eight weeks.

A look ahead to Saturday's AFL clash against Tipperary, plus all the up-to-date injury news.

Camogie girls make it another win the Littlewood League while U14 footballers hit Laois for ten goals.

All the news and reports from the Fairways plus picture special of Castlewarden Captains' drive-in.

Cheltenham: Bankers are the key to Cheltenham 2019.

Soccer: This week's coaching tip concentrates on Control of the Ball