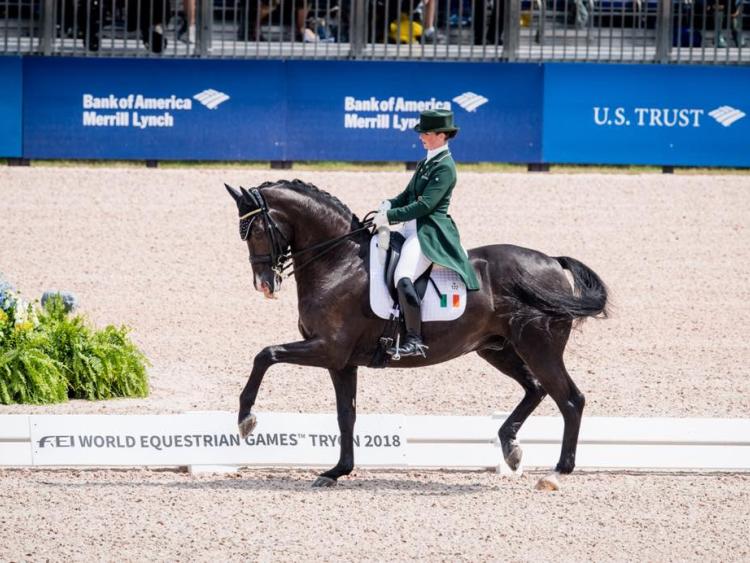 Following a record-breaking performance on her last outing at the World Cup fixture in Amsterdam, Kildare’s Judy Reynolds has climbed 19 places to 35th on the latest FEI World Dressage Rankings released today.

Reynolds, who represented Ireland at the 2016 Olympics in Rio, set a new Irish record score of 80.29% in the Freestyle To Music Grand Prix last weekend in Amsterdam with the Joe and Kathleen Reynolds-owned gelding Vancouver K.

Germany’s six-time Olympic gold medalists Isabell Werth and Weihegold OLD remain as World No.1 ahead of Laura Graves (USA) in second with Verdades.

Judy Reynolds is expected to compete in the remaining two FEI World Cup rounds at Neumunster, Germany in February and ’s-Hertogenbosch (NED) in March in a bid to qualify for April’s FEI World Cup Final which will be held in Gothenburg.