Lilies set out on a new journey; a new division; a new opportunity

Opening game in the Allianz Football League this Sunday; Armagh, and Kieran McGeeney, are the visitors to Newbrige 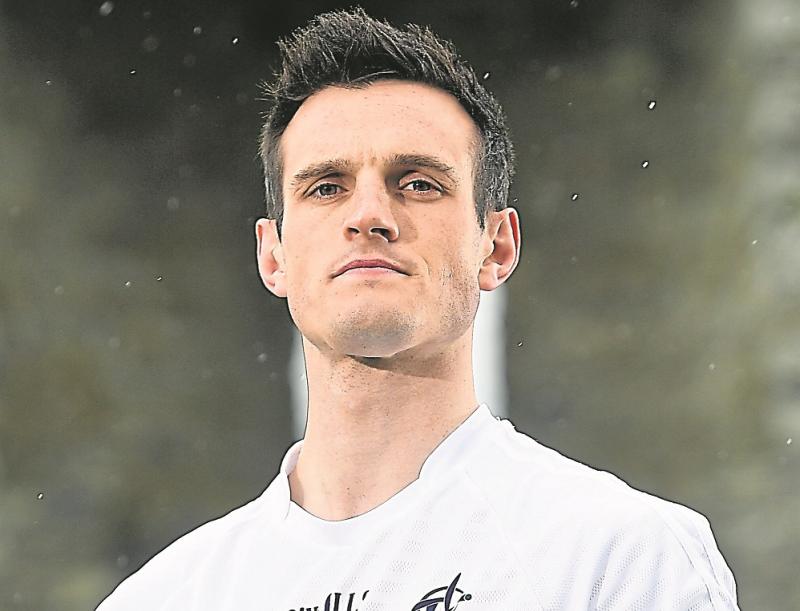 When Cian O'Neill took charge of Kildare back in 2016, for the next four seasons, including 2019, The Lilies found themselves in a different division each year.
Back in 2016 Kildare were languishing in the Division 3 and subsequently gained promotion to Division 2 for the 2017 season.
That successful league season was followed by back-to-back promotions when they gained the right to mix it at the top table of Division 1.
It was an exciting time was 2018, dining at the top table with the best in the land in Division 1, Dublin, Kerry, Galway, Tyrone and the rest of them.
However, the jump proved a step too far, or possibly too soon, as Kildare found the going tough losing all seven games, being relegated and returning to Division 2 for the season about to unfold.
Seven games, seven losses does not read well but when you consider a one point loss to Monaghan; a one point loss to Tyrone; a two point loss to Donegal and a couple of other games that could have gone either way, it is fair to say that Kildare were not as far out of their depth as an initial look at the bare statistics might suggest.
And so on Sunday life in Division 2 unfolds with a home game against Kieran McGeeney's Armagh, if that does not swell the attendance at St Conleth's Park then nothing will.
McGeeney spent six great years with Kildare; some of the best seasons we have enjoyed since the Micko era and while the silverware was as scarce as ever nevertheless what Kildare did earn in his time in charge was respect; respect from the best teams in the land.
The 2019 League panel shows many changes with a few lads bidding farewell, especially former captain Eamonn Callaghan, and what a great servant the Naas man proved to be in his long term involvement.
Following the success of the Kildare U20s last season a fair bunch of them have now been promoted to the senior ranks and while it may take a season or two for them to find their feet, nevertheless it is an exciting time for Kildare, such has been the success of minor teams in recent times culminating with winning the U20 final last season.
The name on most lips of course is Jimmy Hyland, the Ballyteague man has the potential to really make his mark in the next few seasons but he is not alone in that regard as there are some very fine young footballers who certainly deserve their chance and hopefully the majority of them will make their mark in 2019 and subsequent years.
While there are major changes on the playing panel the same can be said of Cian O'Neill's backroom team.
With Roli Sweeney and Enda Murphy, reluctantly stepping aside for personal reasons, in comes two lads with a vast amount of experience between them, namely Karl O'Dwyer, one of the stars of 1998 and 2000 and Tom Cribbin, the Clane man who has managed Laois, Offaly and Westmeath.
Add in a new coach in Galway native, Alan Flynn, who was at the helm of his county side when they defeated Kildare at U21 All Ireland semi final a few years ago; so between one thing and another, it may take a bit of time before everyone settles in.
In this upcoming campaign Kildare will have just three home games and four away. The home games include Armagh, Clare and Tipperary with the games on the road beginning with a visit to Pairc Uí Caoimh on Sunday February 3 followed with journeys to Fermanagh, Meath and the final encounter on March 24 against Donegal.
So nothing easy and that's for sure; to say a decent start is imperative is a bit of a an under statement.
Remember last season when the run of games started to go against Kildare, slowly but surely the confidence was drained away, losing games that could, and should, have been won, so wins over Armagh and Cork are certainly needed in the first two games.
While all eyes will be on the young lads in the squad, it is also absolutely imperative that the experienced, including a few who have returned, to hit the ground running and grab games by the scruff of the neck and lead by example.
It would be brilliant if Kildare were to change divisions once again come 2020 but only if the change means rejoining the top table, anything else would be nothing short of a disaster.