Liffey Celtics saw off the tough challenge of Brunell 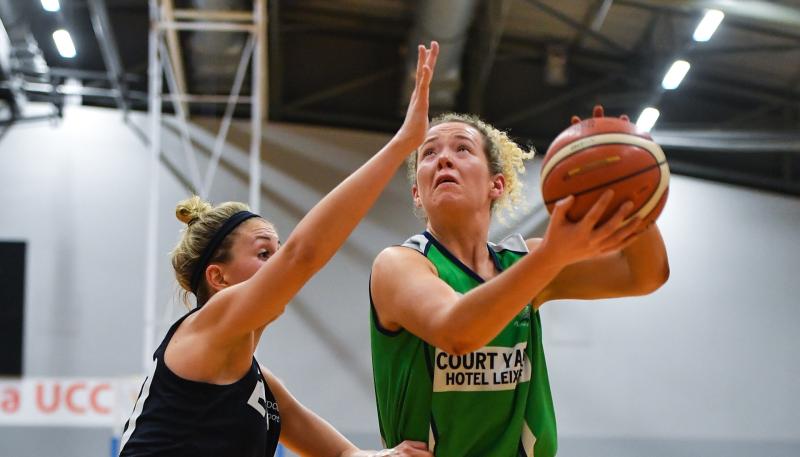 The final day of the 2019 Hula Hoops National Cup semi-finals tipped off in Neptune Stadium and the Mardyke Arena UCC in Cork yesterday, with the Under 18 and NICC men’s and women’s games taking centre stage.

Liffey Celtics saw off the tough challenge of Brunell in this morning’s Hula Hoops U18 Women’s National Cup semi-final, 68-59, to see them through to a second final for the club. An absorbing contest between the two talented young sides was neck-in-neck throughout, with some of the best young players in Irish basketball putting on a superb display for the large crowd.

Liffey’s Katie Williamson and Ciara Bracken put on a masterclass throughout the game and ultimately, were the ones to help drive their side over the line in the fourth.

Speaking afterwards, head coach Erin Bracken said: “We’re delighted, Brunell played really well and they gave us a really tough game. I was really proud of how our girls were able to pull through. I’m really excited for the final and we have to knuckle down for the next two weeks.”

The second semi-final meanwhile saw WIT Wildcats march their way to Tallaght following a resounding 65-32 point win over Templeogue. Led by a dazzling display from Abby Flynn, Wildcats were in control from early on, with a superb defensive display across the board helping to shut down the Templeogue attack to see Wildcats into a 37-16 point lead by half time.Good performances from Eilis O’Neill and Eva Murphy for the Dubliners wasn’t enough in the face of a polished Kate Hickey, Flynn and Robyn Morrissey who finished the game out strong to book a spot in the final against Liffey Celtics at the end of the month.

Speaking afterwards, head coach, Tommy O’Mahony said: “Templeogue are a really good side and I thought we handled them really well defensively and the girls really stepped up. We worked hard for that win.”

Over in the U18 Men’s semi-finals meanwhile, a resounding team performance from Belfast Star saw them get the better of a quality Portlaoise Panthers outfit, 81-71 in the first semi-final. Star took a 24-point lead in the first half but Portlaoise came back to within just four down the stretch. It was then that CJ Fulton took over and nailed a number of three-pointers to finish with 32 points and a win for his team.

Star will play Moycullen in the U18 Men’s National Cup final after the Galway side grinded out a 74-56 point victory over Dublin Lions. Irish international James Connaire was the standout, finishing the game with 31 points and had a strong supporting cast in a 21-point display from Paul Kelly.

The second semi-finals in the Women’s and Men’s NICC competition also took place yesterday, with Killester booking a spot against Fr Mathews in the Women’s NICC Cup final following a 71-41 point win over East Cavan Eagles to see them through to their second consecutive Cup final.

Their experience showed early on, as they drove into an early 33-17 point lead by half time. Big scores from Kate McDaaid, Catriona White and Hannah Feerick kept the pressure on Eagles and though the second half was a much closer affair, the damage had already been done though, and Killester drove home to victory.

Glasnevin dominated Presentation College Athenry 88-55 to reach the Hula Hoops NICC Men’s National Cup final meanwhile and set up a showdown with Drogheda Bullets. Led by player/coach Kevin Foley, who also top scored with 28 points, Glasnevin built up a lead very early into the game. While Athenry did fight back and get to within four points, Glasnevin pulled away once again to see the game out.