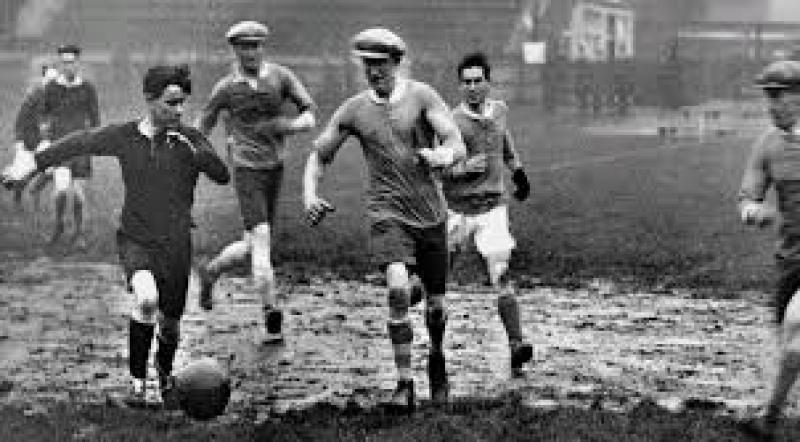 In the early years of the GAA, match reports, especially in local papers including The Kildare Observer and The Leinster Leader, differed very significantly from those of modern times.

Players’ names were rarely mentioned and teams were referred to, for example, as ‘the Straffans’ or the ‘Crom Abus’.

Great attention was paid to the weather, the condition of pitches, even the length of the grass, and the role of the referee!

In all the circumstances, and considering the rules and style of the ‘rough and tumble’ football in the early days of the GAA, scores were very low by comparison with modern times.

Due to the very extensive reporting of National Land League matters, court cases and Union matters, Gaelic games - and sport in general - did not merit any coverage for several weeks at a time. Horse racing, equestrian sports and cricket were prominent in newspaper accounts. There is a dearth of match reports, even during peak championship time.

Crowd control and pitch invasions were not uncommon and were given critical attention in news media.

A report in ‘Sport’ on the 1895 Leinster final between Kildare, represented by Clane, and Louth (Dundalk Rangers) declared:

Encroachment of the crowd during the play was simply deplorable. Non-playing classes of the community scaled the walls… The club that has the greatest following usually gets there in this arena and if the good thing fails to come off the consequences that follow are of such a nature that all the respectable classes have deserted and are being debarred from attending this arena.

Lack of discipline was a common problem and some newspaper reports did not do justice to actual events and sometimes played down the seriousness of illegal ‘activities’. This was often due to the fact that reports were written by club or county officials who did not want to publicise disputes which happened on or off the field of play and which would do the sport no favours.

In March 1895, the Leinster Leader reported that a match between Kildare and Carlow at a Carlow venue was played ‘in a sporting manner’.

The Kildare captain contradicted this by letter to the Leader on 28 March stating ‘The game in question was exactly the opposite. Every dispute between the players was promptly settled by a vicious crowd who rushed onto the field with sticks and discarded the referee’s ruling on every occasion when his ruling was in favour of the visitors’.

“The attendance was large enough to warrant the belief that a large section of the public take an interest in the Gaelic games. Numberless jaunting cars and bicycles were out and most of them were bound for Moorefield. The outing was enjoyable. The weather was beautiful. The grass was long and one spot was covered with a few inches of water. Many football enthusiasts with eyes fixes intently on the players walked into the water, got wet feet and used language that polite company should not hear … The railway embankment overlooking the ground was crowded with generous patrons of the sport who were thus enabled to view the contests with ease and advantage and without cost. Otherwise the arrangements were good”.