Kildare too strong for Offaly at Faithful Fields

Impressive opening half from The Lilies 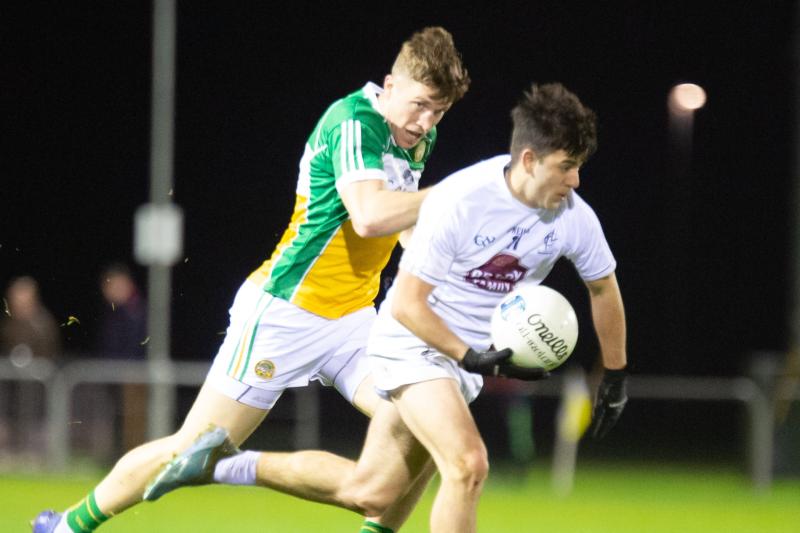 Kildare chalked up their second successive victory in the O'Byrne  Cup on Thursday night when they proved much too strong from a very limited Offaly side at the impressive Faithful Fields grounds at Kilcormac, Offaly's Centre of Excellence.

Starting with no less than  six players from the successful U20 All Ireland winning side earlier this year, The Lilies took control fairly quickly and with the aid of a stiff breeze build up a commanding 1-14 to 0-4 led by the break.

Impressive up front by the 19 minute, all of Kildare's front six had their names on the score sheet with Jimmy Hyland and Adam Tyrrell particularly impressive; by the final whistle nine Kildare players had scored on a bitterly cold but dry night.

Padraig  Fogarty got the only goal of the game just before the break and their was no way back for the home side after that.

With Kildare making a host of changes in the second half they became somewhat disjointed but were never threatened as they went on to win very comfortable on a final score line of Kildare 1-20 Offaly 0-11.