Convention one of the quickest in history 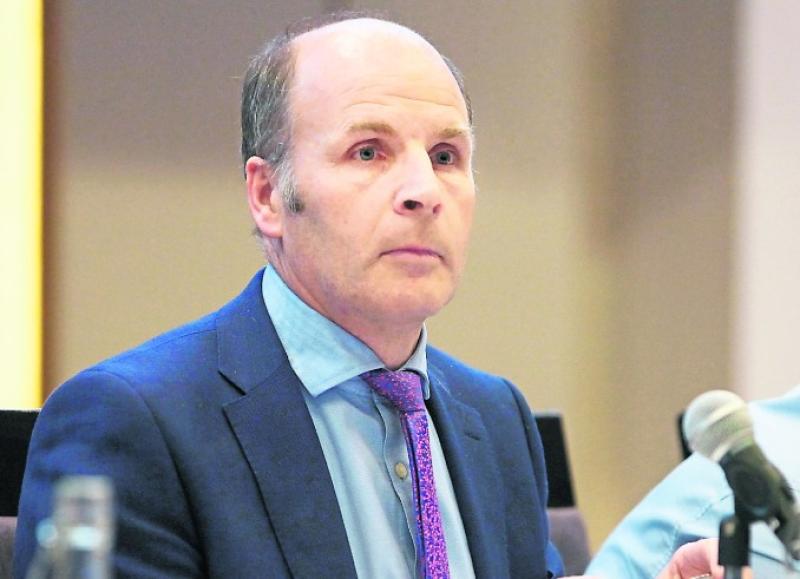 My old friend, Seamus Aldridge, President of Kildare GAA, to give him his full title, was in great form and looking dapper at Annual Convention last week when he came over after proceedings had been brought to an end in a little over an hour and a bit, suggesting “these (gatherings) are not what they used to be.”
“Absolutely not Seamus” I replied, adding “I'm going to struggle to get two pages out of this.”
Laughing, as only Seamus can, he reminded me of the many times he approached me after convention, in times gone by, suggesting I might leave out (of the paper) one or two statements he had made during a four-five hour gathering in Keadeen Hotel, Newbridge, all those years ago.
And did I leave them out I enquired.
“More times than not, no” he laughed, adding “but sure there were no hard feelings and we never fell out.”
“Not too sure about that,” said I, “but I can remember you giving me the cold shoulder for a week or two after some of the conventions before you would eventually thaw out and everything would be hunky-dory again.”
That was the time when convention was held on a Sunday, usually the last weekend before Christmas, beginning with Mass at 9.30 before getting down to business soon after 10, breaking for lunch, Christmas dinner if you don't mind with soup, turkey and ham, and not forgetting the trifle.
A long way from a Cadbury's Rose from Martina on the way in and a cocktail sausage and cuppa on the way out of last week's gathering I thought to myself.

But such is life.
Ah those were the days said Seamus with a smile as big as The Osprey Hotel conference room.
The same Mr Aldridge dominated proceedings back then and regardless of what was being discussed it was the bauld Seamus who ruled with an iron fist and once he made a decision or a ruling that was it, no going back, no u-turn, just move on to the next item.
Hands up those who remember a big drive to unseat the Round Towers man at one stage; the canvassing behind the scenes was intense, and the man affectionally known as 'Aldridge' later informed me at 1 am on the Saturday , less than ten hours before convention he was still on the phone, still calling in the favours, and yes, it paid off, maybe narrowly, but he survived.
Ah, those were the days!
Still I believe Seamus is showing signs of mellowing of late as he made another little bit of history at last week's gathering of the grassroots of Kildare GAA, as for the life of me I cannot remember, and I mean ever) coming out of convention and Seamus Aldridge having made no contribution, good bad or indifferent, and remember Seamus attended his very first convention back in 1949 (and no I wasn't at it) when the gathering was held in no less a place that the Courthouse in Naas, that, according to the man himself.
Of course things have changed in the intervening years, some would say for the better, others would probably disagree.
Chairman Ger Donnelly now begins his fifth and final year in the hot seat of Kildare GAA and the last number of years have certainly been eventful to say the very least.
In fact come convention 2019, the top table will be due for a major make-over. Well, you never know fully how these things will work out, it could end up a bit like Lanigan's Ball, you know the way that goes: You step out and I'll step in; I'll step in and you step out again, and so on.
It's far too early to say how Ger Donnelly's tenure will be judged but he has certainly overseen major changes; has seen Kildare rise from the ashes of near bankruptcy to a very healthy state and with a new stadium about to get underway in the New Year, hopefully, it really is all positive.
Ger Donnelly may be no Seamus Aldridge but he (Ger) remains a safe pair of hands that has guided Kildare successfully, very successfully it has to be said, through some very choppy waters, and deserves full credit for it.