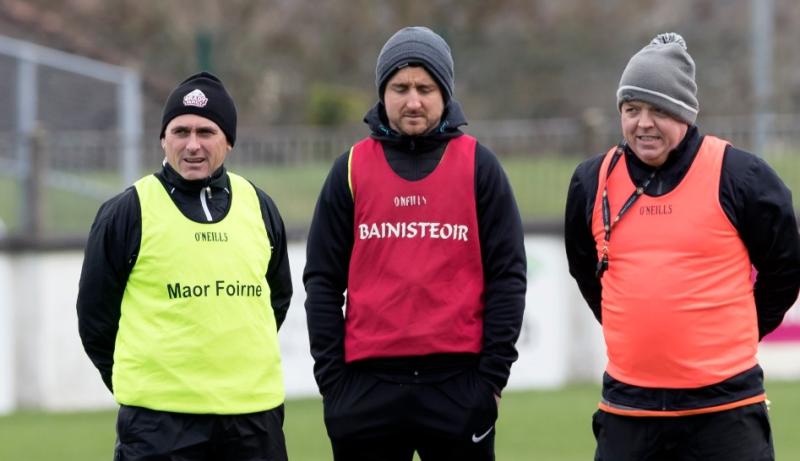 He is only in the job a number of weeks and although he has had his players out on the pitch less than a handful of times, new Kildare hurling manager, David Herity, expressed his satisfaction, despite losing after a penalty shoot-out, after his initial competitive outing last Sunday against Meath in the Kehoe Cup at St Conleth's Park on Sunday last.

The former Kilkenny All Ireland medal winner, took the reigns following the departure of Joe Quaid following Kildare's success in the Christy Ring Cup during the summer.

“It was brilliant to see that second half fight-back” was manager Herity's initial reaction following the game, adding “even when Meath came back to take the lead again our lads refused to give-in and hit back to get the leveler”
The manager that he was very pleased with some of the debutantes.

"We had a fair few new lads out there today; we have a good crop of injuries so it was great to see lads coming in and showing what they can do but of course it is always disappointing when you lose any game.”

Kildare trailed at one stage by seven points but in the last quarter hit five points on the trot to draw level, go behind by a point in injury time, before coming back to level again, Brian Byrne hitting seven half points, all from placed balls, to force the game into the first ever penalty shoot-out we have witnessed at St Conleth's Park.

Kildare certainly did not shine in the shoot-out, failing to find the net from four attempts, with Meath converting two of their five, there was no need for the home side's last penalty.

Overall though, David Herity, said that while losing is always a disappointment, "there were lots of positives we can take from the game; the boys will get a week's break at Christman and then it will be back at full steam as we play our second game in the Kehoe in early January before commencing our league campaign, our first game away to Donegal."