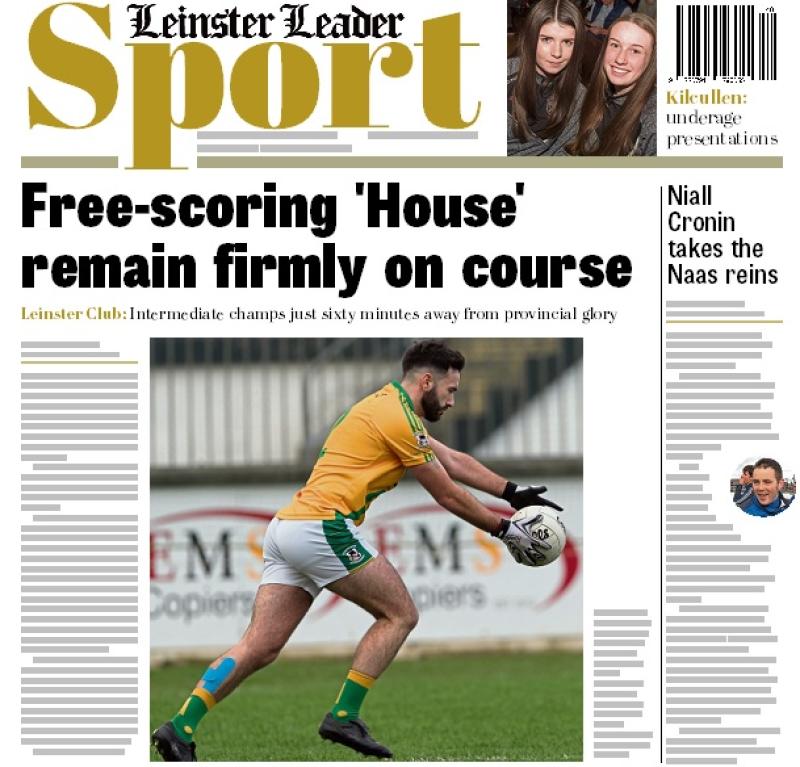 Niall Cronin takes the reins at Naas with Evan McDermott and Mayo's Liam McHale as selectors.

Racing: Fairyhoouse hoping for rain, and lots of it (Robert Catterson).

Rugby: Malone defeat Naas to go top of the pile; while Newbridge suffer a set-back.

Gavin Lunny's weekly golf tip plus all the results of the week.

All that and much, much more in this week's Leinster Leader Sport, in the shops now