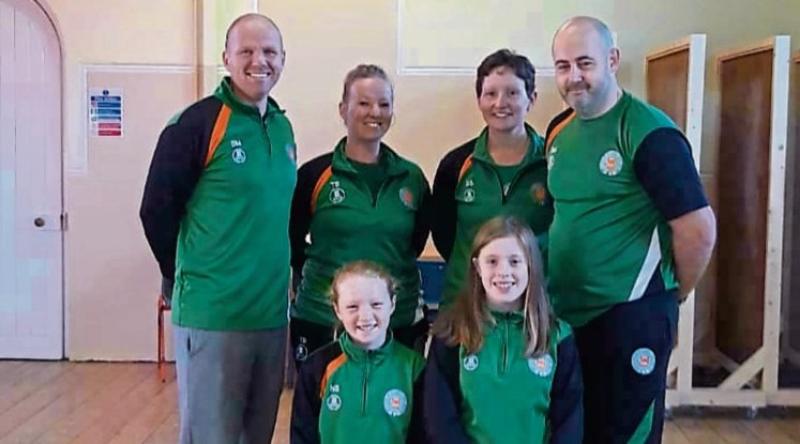 A team of six athletes from the Monasterevin Kettlebell Club will be competing in the ‘International Kettlebell Marathon Federation’ World Championships in Spain this weekend.

It’s a family affair with the Monaghan's and Stafford's well represented.

Tanya is the most experienced lifter, representing Ireland since 2015. Geraldine joined the Irish team in 2017, while Aimee, Declan, Naoise and Ronan qualified to lift this year.

This is the first year the club has competed in the marathon events.

“The IKMF European Championship was held in Portlaoise this year and we felt it would be a regret not to try to qualify. Our experience was in 5 and 10 minute lifts so training for 30 minutes to 1 hour continuous lift was ambitious, both mentally and physically challenging,” explained Geraldine.

“We competed in the Europeans and claimed three gold and one silver medal. We will depart for Spain on Thursday 22 November (today) to compete in the ‘International Kettlebell Marathon Federation’ World Championships on the 24 and 25.”

Geraldine, Declan and Ronan will lift 16kg for an hour.

Monasterevin Kettlebell Club was founded in 2017 and boasts 14 competitive lifters — seven of whom have qualified to proudly represent Ireland.

“We train three times per week and enjoy both the workout and the chat.

” We are grateful for the support we receive from our community,” added Geradline.

“Kettlebell sport is growing strong in Ireland as it builds amazing fitness levels and appeals to everyone from children to grandparents.”