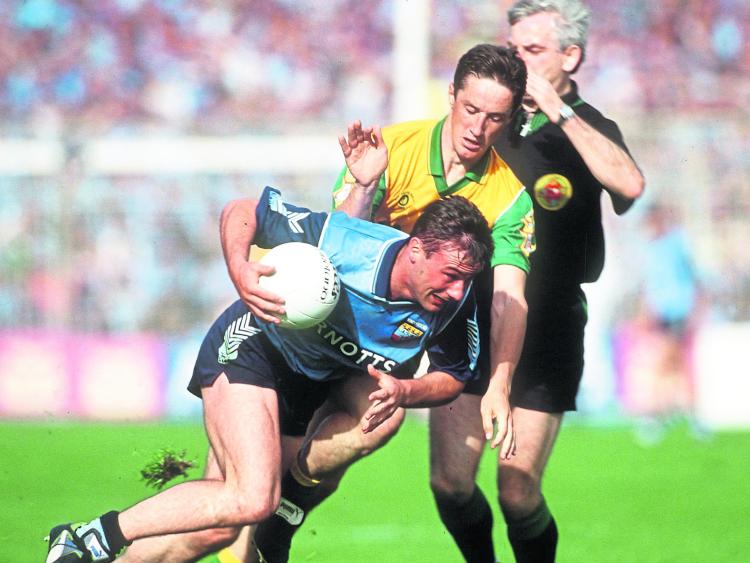 Paul Curran here in action for Dublin against Donegal in 1992

Curran, strongly linked to the Roscommon managerial position early this year, won one All Irleand with Dublin, 6 Leinsters, 2 National Leagues and was an All Star on three occasions.

He is the latest new manager to take up with a Kildare senior club, Davy Burke announced just last week to take charge of Sarsfields and with at least another two Kildare senior clubs seeking new bosses news of new appointments are awaited with much anticipation