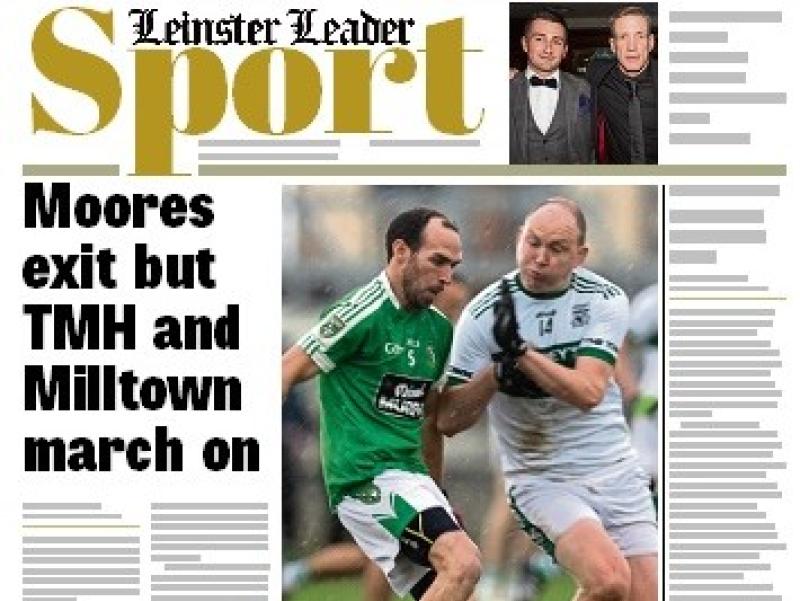 As Moorefield bow out of Leinster Club SFC and Two Mile House and Milltown advance, we have extensive reports of all the big games, plus reaction and opinion.

Lilies on the lookout for new temporary 'Nowhere' (Tommy Callaghan).

The interview: Eoin Doyle on the new season, the U20s, changes in prsonnel and much, much more (Tommy Callaghan).

Rugby: win sends Naas to top of AIL Division 1B as Newbridge get better of Railway Union.

Soccer: Tracey stars as Straffan advance to last sixteen on Junior Shield; plus Suncroft crowned Senior Cup champions; plus all the results, fixtures and up-to-date tables.