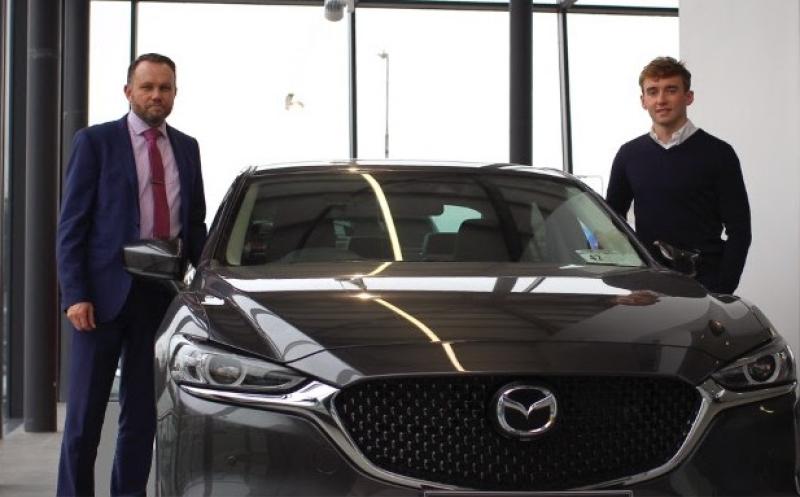 Stuarts Mazda have deepened their long standing relationship with the up and coming racing star, James Roe Jr. The 19 year old who has made a name for himself internationally in the motor sports world has been handed the keys to a new Mazda MX-5 RF while in Ireland doing press and tending to his sponsorship responsibilities.

Though the stunning two seater is a slight departure from the Mazda-powered Elan F2000 race car he is used to driving, it is sure to make him feel at home.

Similarly to Mazda, James comes from a long pedigree of race car driving. Hailing from Naas, he completed four highly successful seasons in Ireland, peppered with wins, podium finishes and lap records before deciding to focus his promising career in the US.

After being invited to compete in the Mazda-powered Elan F2000 race car by Arms Up Motorsports, a Wisconsin based team; James has gone from success to success. Winning at the famous Watkins Glen Circuit, the Virginia International Raceway, and the New Jersey Motorsport Park, James also managed to break a seven year old lap record at Summit Point, West Virginia. This all culminated in a second  place finish in the championship, unprecedented achievements for any driver in their first year competing at that level.