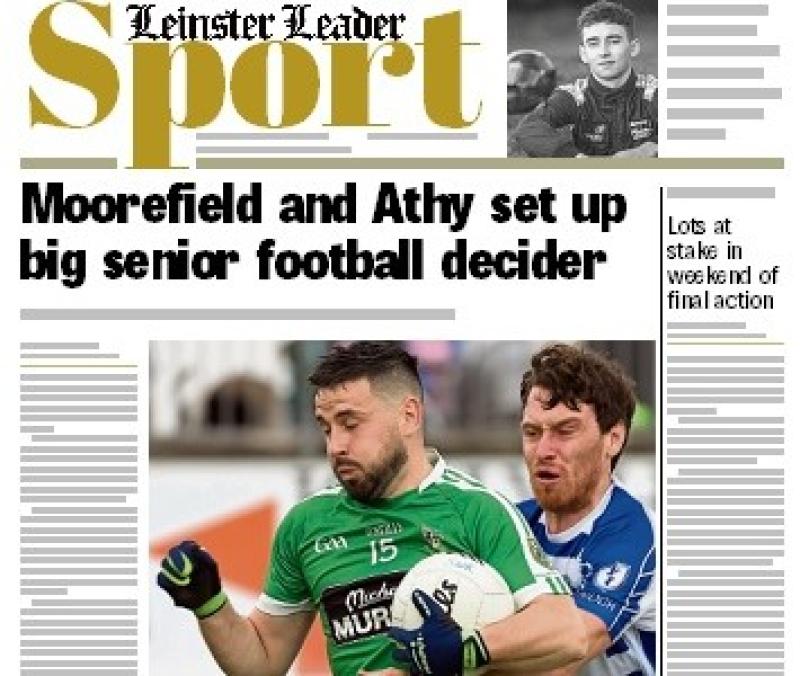 Moorefield and Athy set up intriguing senior football decider following wins over Naas and Celbridge at the weekend.

Monasterevan finally get over St Kevin's to book a final place in the IFC decider.

Clane and Ellistown escape relegation as Leixlip and Ballymore Eustace are demoted.

On Sunday it's a big day for Two Mile House and Monasterevan as they contest the Pittman Traffic & Safety IFC decider.

Golf: Two Mile House GAA take to the Fairways; plus all the results, fixtures and Gavin Lunny's weekly golf tip.

In Motorsport Naas man James Roe Jnr chats about his first season in the US and what he plans for the upcoming season (Tommy Callaghan).

KDFL: A look ahead to Saturday's Lumsden Cup final plus all the results, reports, fixtures and up-to-date-tables.