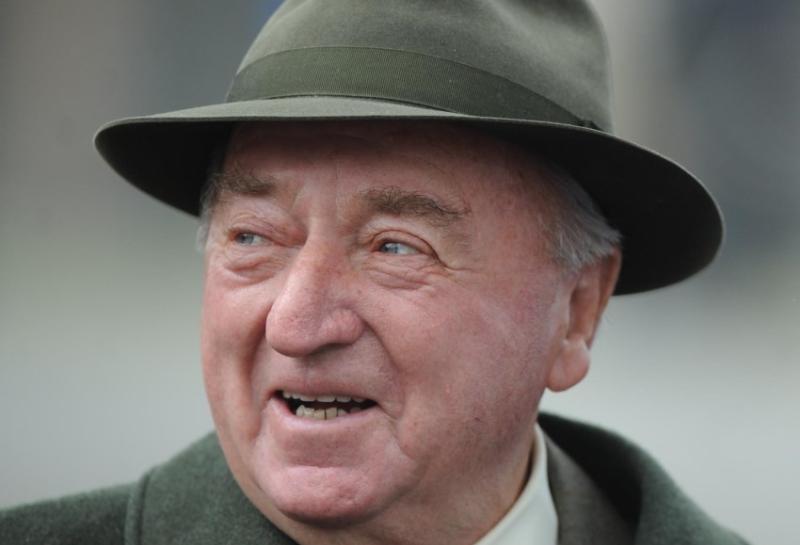 The death has occurred of legendary horse trainer Mick O'Toole.

A giant among trainers and one of the most popular figures in the racing world down the years, O'Toole began training in the Phoenix Park, quickly making a name for himself, before taking up residence on the Curragh around 1968.

He made his mark on the flat but more so in the National Hunt side of the game, his biggest win coming with Davy Lad winning the Gold Cup in 1986, having previously won the Sun Alliance, in total Mick O'Toole trained eight Cheltenham winners. In 1979 he trained Dickens Hill to win the Irish 2,000 Guineas.

Many is the gamble O'Toole pulled off and he loved nothing better than landing a good touch.

He also loved his golf and was a long time member of the Royal Curragh where he represented the club on many teams down the years.