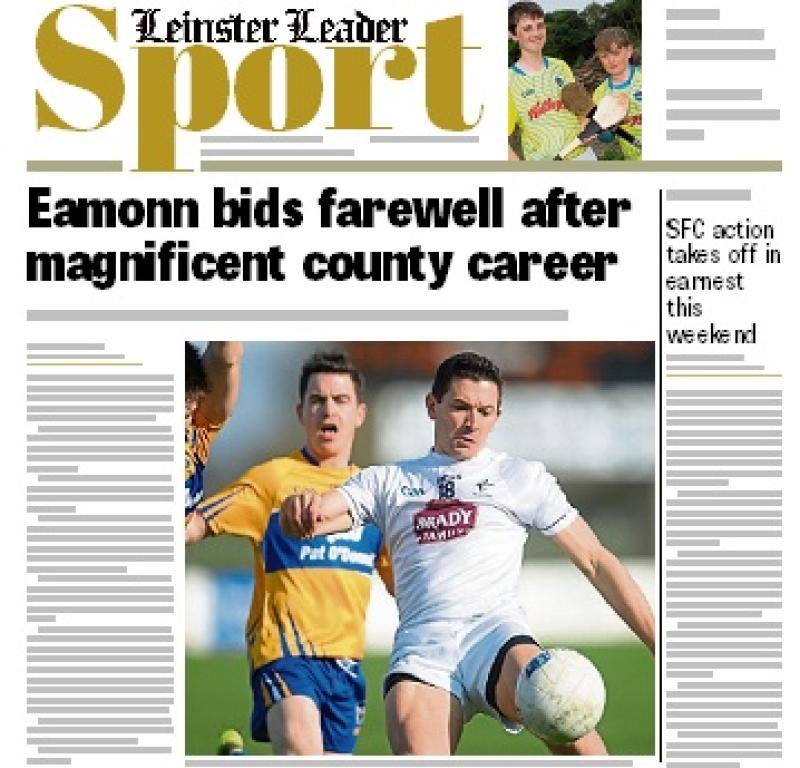 Eamonn Callaghan brings a stellar 16 year inter-county to an end.

In the Intermediate Football Championship wins for Kevins, Sallins, Kilcullen and Nurney while Caragh, Milltown, Robertstown and Ballykelly also record wins in the Junior grade. Reports and picture coverage of all the games.

This week we have picture coverage from Naas and Sarsfields Cúl Camps.

Golf: Success for Highfield U18s while Craddockstown win Mixed Foursomes; plus all the results and Gavin Lunny's weekly golf tip.

Dogs: Jack and Gaberiel's Cappakeel Angel quickest on the night.

KDFL: And an historic win for Monread FC as they clinch CR Wynne Feeds Senior title at their very first attemp; plus Caragh dent Bush Celtic promotion hopes while Castle Villa come out on top in five goal thriller against Naas United; plus all the results, fixtures and up-to-date tables.

All that and much more in this week's Leinster Leader ... in the shops first think Tuesday morning