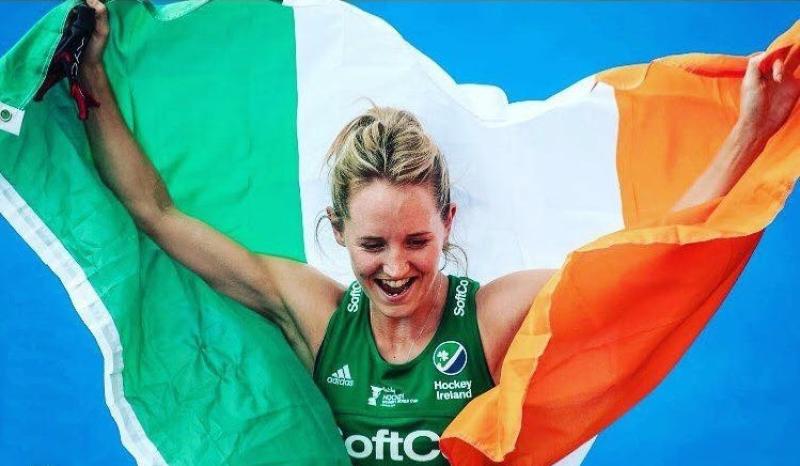 Fresh from her incredible performance at the Hockey World Cup, Nicci Daly will race at Mondello Park next weekend to raise funds for the Irish Cancer Society.

Nicci is the daughter of one of Ireland's most successful national racing drivers, Vivion Daly and niece of ex F1 and Indycar driver Derek Daly - so motor racing is very much in her blood.

Sadly, Vivion sucumbed to cancer back in 2002 and Nicci now returns to the arena he practically made his own to take the wheel herself.

Along with her friend Emma Dempsey, also the daughter of a successful driver and team owner, Cliff Dempsey, Nicci has set up Formula Female, with the intention of attracting more women to the sport, but also to raise funds for the Irish Cancer Society. They will both drive an ex Mondello Park racing School Rover 25 GTI in the MicksGarage Future Classics class at the Mondello Park Historic next weekend, August 18 and 19.

Most of Nicci's #GreenArmy Irish Hockey teammates, now almost household names since coming home from the World Cup with silver medals, will also attend the race meeting to show their support.

Nicci said; "Next weekend I look forward to honoring my dad Vivion Daly and the legacy he left behind at Mondello Park as we celebrate their 50 year anniversary. We hope through our Formula Female brand to not only break boundaries as two females competing against a male dominated grid but also encourage more females into the sport- and most importantly to raise money for the Irish Cancer Society. We look forward to the turnout to celebrate the last 50 years, the life of (circuit owner) Martin Birrane and the legacy of Vivion Daly."