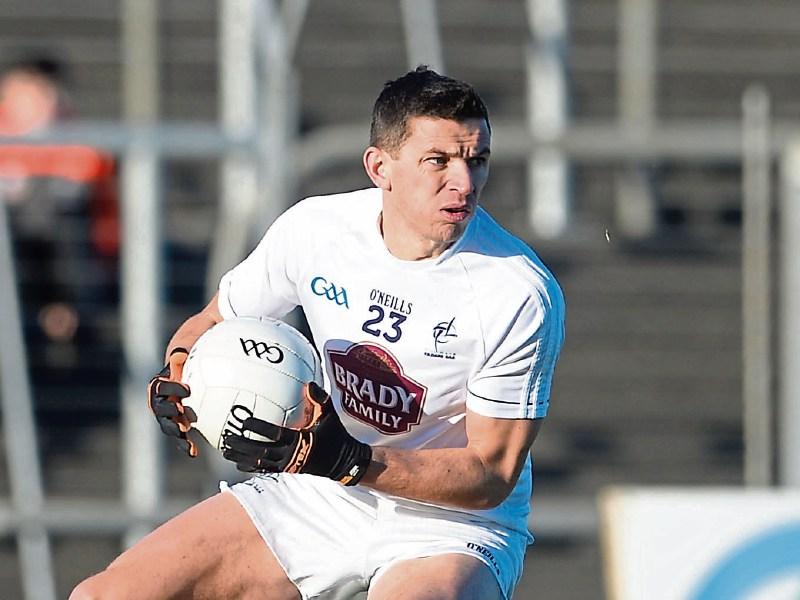 Eamonn Callaghan in action for Kildare in 2017

Kildare’s Eamonn Callaghan has announced his retirement from senior inter-county football with the Lilywhites.

The Kildare great and former captain brought the curtain down on a 17-year career in the white jersey.

He said in a statement this afternoon that it was with a “heavy heart” he has decided to call an end to his career on the Kildare panel.

“I’ve been very fortunate to have had such a lengthy career representing my county, getting the opportunity to captain Kildare in that time, represent my country and create memories of a lifetime,” he said, thanking all the managers and backroom teams who have guided him over the last 17 years.

“It has been an absolute privilege and a dream come true to have played alongside some of the best footballers in the country.

“I will miss the craic with the lads but I’m grateful to have shared a dressing room with them over the years and for the close friends I have made in that time.

“I would like to thank the passionate Kildare supporters for all their loyalty over the years. It was an honour to put on the white jersey to represent you and the support you gave the team is always appreciated.

“It has been an  honour to represent the Naas club during my time with Kildare and I’ll be forever thankful to them for their support.”

Callaghan also thanked his family “who have always been by my side. My parents, Pat and Teresa, my sisters Siobhan, Niamh and Eadaoin, my wife Katie and newest addition to our family Fionn”.

The 35-year-old Garda’s career highlights include representing Ireland in the 2011 International Rules series.

He also kicked the final point in Kildare’s 21-19 win over Mayo in St Conleth’s Park in July – the match which the side had fought to host in Newbridge and which guaranteed a Super 8s run for the county.

Callaghan concluded that “this year has shown that the future of Kildare football is bright and I look forward to supporting the lads in the years to come.

His club, Naas GAA, said on social media: "We would like to wish Eamonn Callaghan the very best with this new chapter of his life. Thanks Eamonn for all the memories you have given us in the Kildare Jersey over the last 17 years. We look forward to having Eamonn play Senior Club Football for many years to come."

Time for the next chapter ⚪️ pic.twitter.com/lxJ5DaT2DO