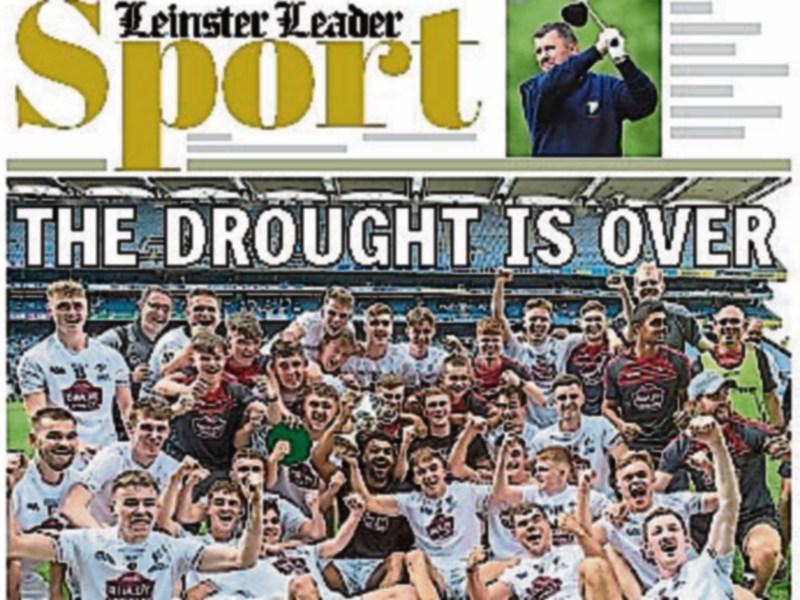 As Kildare U20s are crowned All Ireland champions we have extensive coverage of the game, reaction, comment from the management and players plus big picture coverage.

Red and black cards cost Kildare against Kerry in final game of the season.

In golf: Newbridge capture the Pierce Purcell Shield plus picture coverage of Naas Captain’s Prize along with our weekly golf tip from Professional Gavin Lunny,

Racing: Forget the Galway winners, it’s all about the eyecatchers (Robert Cribbin).

Soccer: extensive coverage of KDFL as Galhoy defeat Enfield while Allenwood Celtic show top form against Naas AFC; plus the league tables, results and fixtures for the week.

All that and much more in this week’s Leinster Leader, in the shops now